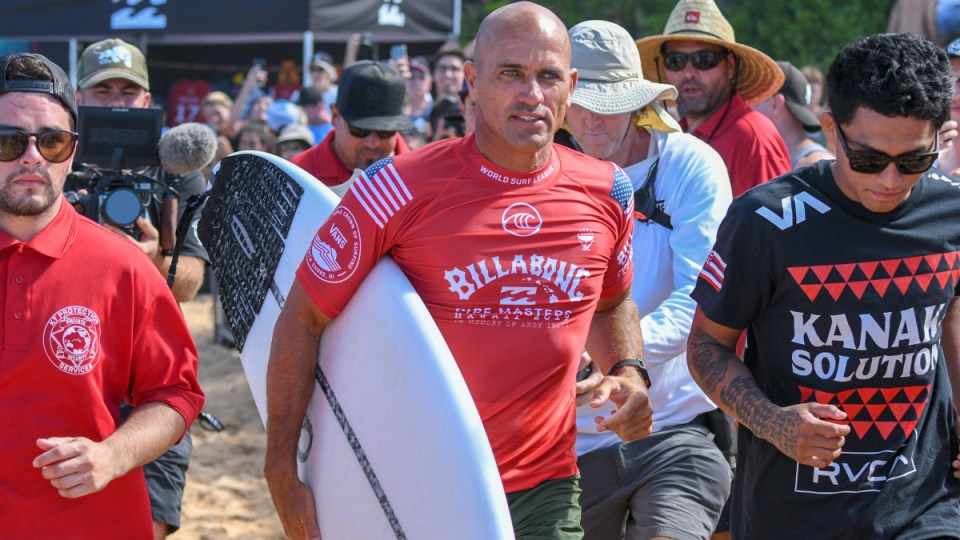 Victoria’s Bells Beach and Western Australia’s Margaret River will host World Surf League events in April and May as part of a re-jigged calendar that includes four months of tiered competition on Australian shores.

Eleven-time world champion Slater has expressed controversial opinions about the COVID-19 vaccine during the pandemic, once claiming he “knows more about being healthy than 99 per cent of doctors”.

Current world No.1 Gabriel Medina is also yet to reveal whether he has been vaccinated against COVID-19.

Slater was highly critical of the process that visa uproar that led to tennis champion Novak Djokovic being deported ahead of the Australian Open.

Federal Sports Minister Richard Colbeck declared to The Age on Wednesday that Slater was “no chance of getting into the country” if he was not vaccinated.

Mr Andrews was asked about Slater’s situation on Thursday.

“I think it’s important that there is clarity from the Commonwealth government about who gets in and who doesn’t. That is a good thing,” he said.

“Least you don’t have a soap opera, drama, that wastes everybody’s time

“Tennis is bigger than any one person (Djokovic) and we’re seeing that … whether it’s at any of the venues down at Melbourne Park.”

Mr Andrews shut down any talk the state government would talk with the WSL about an exemption process similar to that set up by Tennis Australia for Djokovic and others.

“That’s kind of a moot point because the Commonwealth government have been very clear,” he said.

“Clearer now than they have been for a while, which is good.”