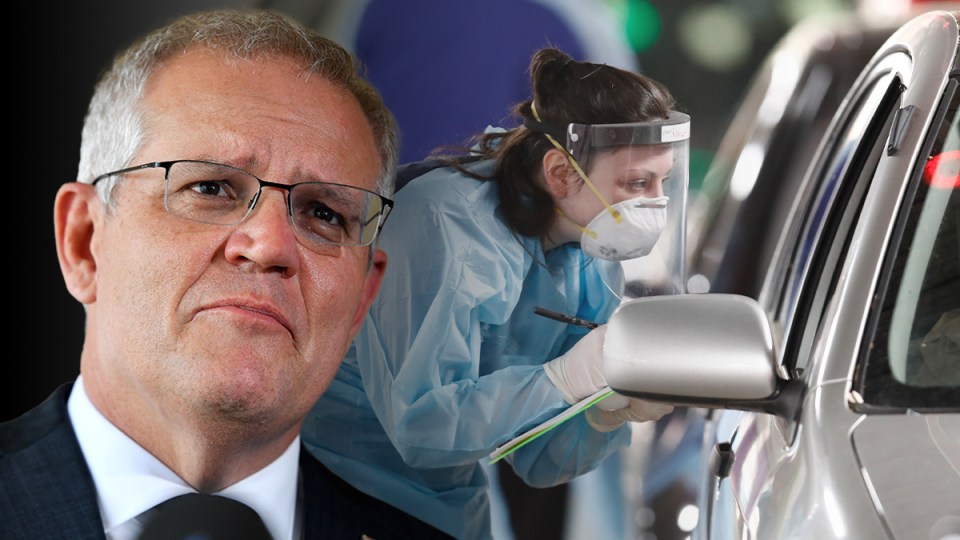 The Australian government could shorten mandatory isolation periods to just five days to combat worker shortages and kick supply chains back into gear.

In most states, the isolation period can end after seven days, or 10 days for people who still have symptoms after a week.

“All of these things are always under active consideration and that has been for some time,” Prime Minister Scott Morrison told reporters on Wednesday.

“The most recent information that we have is that post-five days you’ve still got 30 per cent [of people] that are remaining infectious, and so that is a calibrated decision you’ve got to make.”

The discussion follows similar measures by health authorities in the UK, the US, many Canadian provinces, France, Greece and Israel.

In most cases, the patients in those countries must either be fully vaccinated, eventually test negative, or be asymptomatic by their fifth day.

Treasurer Josh Frydenberg previously told reporters that the government is watching these countries closely, and that no rule in Australia is simply “set and forget”.

Deakin University chair in epidemiology Professor Catherine Bennett believes such a move would be reasonable in Australia and poses a relatively low risk.

“When people start that isolation period, they’re already quite a few days into the infection, either because they waited until they had symptoms before they got tested […] or if they’re a close contact of a case, they would have had to wait for the first person’s results to come back, which might be another four or five days in,” Professor Bennett told TND.

“So just remember that we’re not saying that’s five days of infection, and then we’re letting them free – it’s actually those five days after they’ve been tested or identified as a case.”

The idea is not to send sick people back to work, but to take advantage of the generally shorter infectious period of the Omicron variant.

It would also make isolation less of an imposition on households.

“How they manage themselves in the second week remains important,” Professor Bennett added.

Preprint research out of the UK and South Africa – two countries that experienced Omicron surges before most other parts of the world – found that decreasing the number of days in isolation for COVID patients would be beneficial to the functioning of society with “only a small increase in risk”.

Professor Bennett noted that many jobs will still require staff to test negative or be asymptomatic before returning to work, regardless of government regulations.

Nevertheless, there have been some instances where businesses such as the Teys abattoir in South Australia told asymptomatic, COVID-positive workers to come in to work, all with the blessing of state health authorities.

The decision is ultimately up to health authorities, who will then advise the government.

“I know the chief medical officer has many sleepless nights over this one because we ask him about it regularly, and he is constantly talking to his colleagues overseas, in Israel, the UK and many other places, to understand what the experience there is.

“And so if he’s in a position to tell me that we can make a change like that, then of course that would be something that we would proceed with. But at the moment, that is not the advice.”