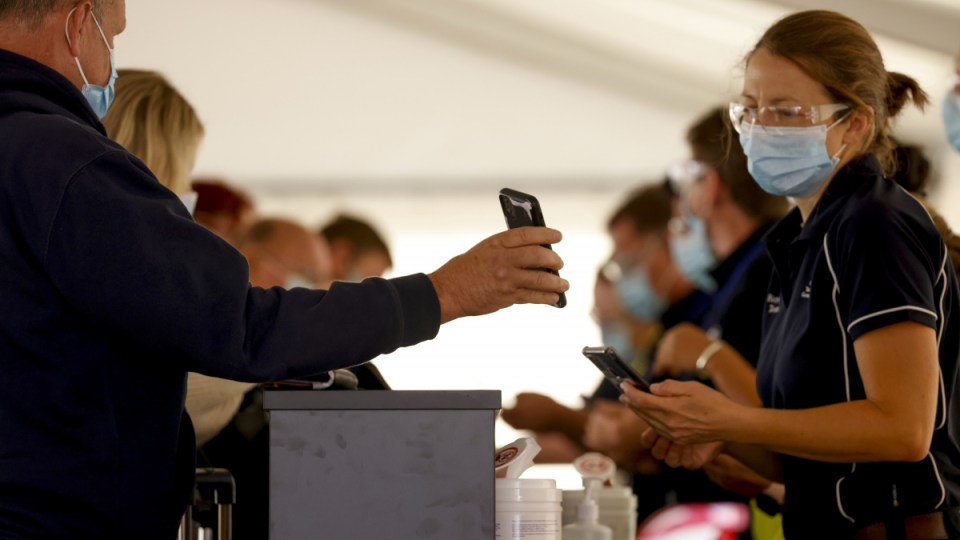 Travellers will no longer need to register or provide a negative RAT result to enter Tasmania. Photo: AAP

Premier Peter Gutwein announced the change would be in place from midnight on Tuesday.

Travellers have previously been required to return a negative rapid antigen test in the 24 hours before arriving in the state, and register their travel online.

Those measures will stay in place for unvaccinated people, who must quarantine for five days on arrival and provide a negative RAT result before leaving isolation.

“The evidence in other states, such as Queensland, demonstrates unvaccinated people are up to 24 times more likely to end up in ICU than someone who is vaccinated,” Mr Gutwein told reporters on Tuesday.

“That is why that particular border measure … will remain in place for the moment.”

The island state recorded 1310 new cases on Tuesday, the most since January 12, with the number of people in intensive care increasing from one to two.

State health commander, Kathrine Morgan-Wicks, said both ICU patients are aged in their 70s and one is on a ventilator.

“While I can’t comment on their individual medical history … one is stable and one is not stable,” she said.

Tasmania, which was free of cases when it reopened its borders on December 15, has not recorded a COVID-19 death since an outbreak early in the pandemic.

The health department is investigating two positive cases in a ward at the Mersey Community Hospital at Latrobe in the state’s northwest.

One patient in a four-person ward tested positive with another patient in the ward returning a positive result after further testing.

“It is not yet an outbreak but we are managing the situation under that (outbreak management) protocol,” Ms Morgan-Wicks, who has herself recovered from a mild COVID-19 infection, said.

Several other patients at the hospital, who had been discharged, are isolating after being determined as close contacts.

No staff have been identified as close contacts, Ms Morgan-Wicks said.

The ward is not accepting visitors, while the two positive cases have been transferred to the North West Regional Hospital at nearby Burnie.

Twelve people, including the two in ICU, are being treated in hospital specifically for virus symptoms.

Another 13 positive cases are in hospital for unrelated medical conditions.

The state’s active virus count sits at 6417, a marginal increase from the 6365 reported on Monday.

Forty people are staying at community case management facilities, and 387 are being monitored under at-home care protocols.

Tasmania’s health department has reached an agreement with Hobart City Council to use the town hall for medical appointments if demand necessitates.