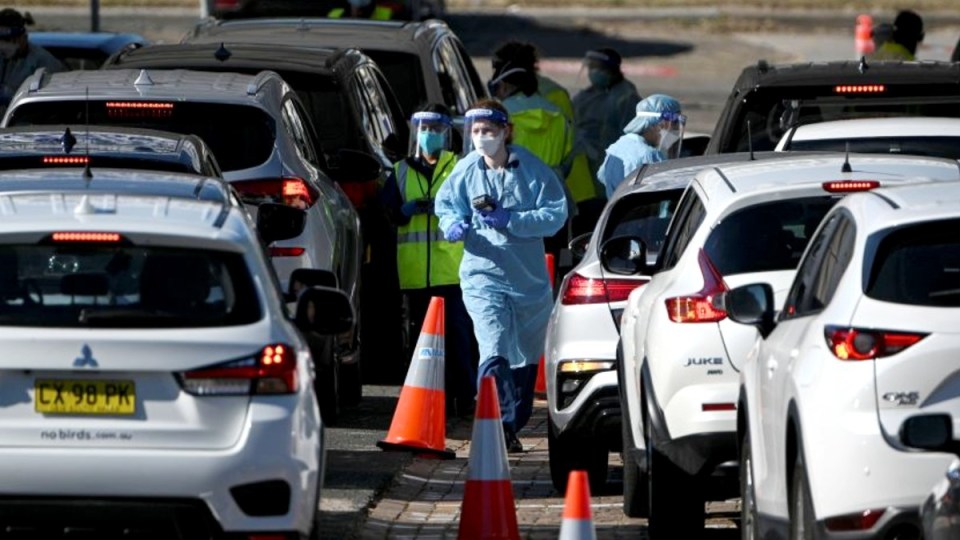 Health Minister Greg Hunt says there are clear signs Australia's Omicron outbreak is plateauing, and may have peaked.

It’s too early to tell if the peak of the Omicron variant of COVID-19 has been reached but signs are pointing to a plateau, Health Minister Greg Hunt says.

Mr Hunt told ABC Radio National on Monday he had received advice from chief medical officer Paul Kelly there were “clear signs” of a plateau of cases and hospitalisations in NSW and the ACT.

But he said it was still too early to call the peak of the wave.

“I would like to see, and it’s something Moderna is working on, is the capacity to have combined flu and COVID-19 shots as we go forward,” he said.

“That won’t happen immediately but it is something being prepared.”

The ACCC has analysed more than 1800 reports of price hikes on the essential item since December 25, and is averaging close to 150 reports a day.

Chair Rod Sims said at the extreme end the watchdog had seen “outrageous” reports of tests costing up to $500 for two online and more than $70 each at convenience stores, service stations and independent supermarkets.

On data available to the ACCC so far, suppliers and intermediate suppliers say wholesale prices are between $3.95 and $11.45 per test, depending on the type of test and volumes purchased.

“There are several businesses that have repeatedly come to our notice thanks to the information provided by the public,” Mr Sims said in a statement.

“We are asking those businesses to urgently explain the prices they are charging.”

Almost three-quarters of Australians say RATs should be free, while more than half believe governments have failed to adequately plan over the past two years to deal with challenges that have been throw up by Omicron.

A survey by the Australia Institute found 72 per cent of respondents – including two-thirds of Coalition voters – believe the federal government should provide RATs free to everyone.

Just 16 per cent believe retailers should continue to sell them to individuals.

“Rather than wanting government out of their lives, it is clear that most Australians believe the government has a responsibility to provide rapid antigen tests free to the public,” the institute’s deputy director Ebony Bennett said.

The survey of 1000 Australians taken last week also found 53 per cent of respondents believed governments failed to plan adequately over the past two years to avoid the problems of pressure on the public health system, supply chain issues and staffing shortages.

He told 2GB radio on Monday the RAT shortages were a problem worldwide and not just in Australia.

Labor’s health spokesman Mark Butler said Mr Morrison should have listened to warnings back in September and ordered enough tests for Australians to get through the Omicron wave.

“Instead, Australians are finding it almost impossible to get their hands on a rapid test,” Mr Butler said in Adelaide on Sunday.

“When they do so, they are paying as much as $100 for a test that their government should be providing them for free.”

Virus peak not passed but plateau ahead: Hunt