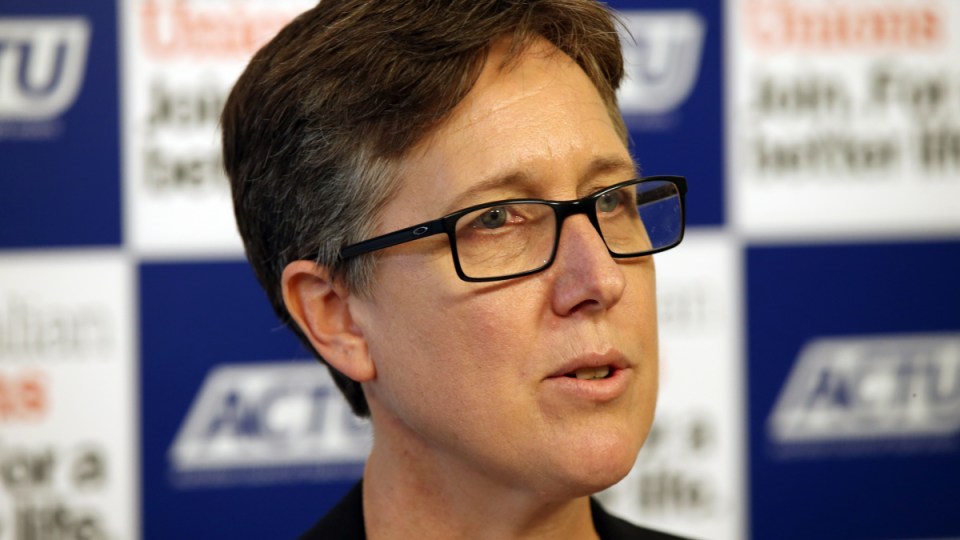 The ACTU wrote to Scott Morrison on Monday offering to work together through Australia’s staffing crisis and proposing urgent changes for workers, but has not heard back from him.

National cabinet agreed on Thursday to allow employees from more sectors to be able to return to work, even if they are listed as a close contact of a positive case. But workers will need to return a negative rapid test beforehand.

The definition for essential workers was expanded to include health, emergency services, energy and resources, transport and logistics, food production, education, childcare, telecommunications and media.

The ACTU condemned “in the strongest possible terms” RATs not being made free and accessible, and said allowing more close contacts to work increased risk and didn’t solve the current crisis.

“Essential workers are being forced to put themselves in harm’s way to keep food on the shelves, medicines in stock, the lights and water on and keep this country open for business,” she said.

“Forcing more workers who are close contacts to go to work increases risk and will not limit the spread that is putting health workers and our hospitals under intolerable pressure.”

She said unions would provide leadership if Mr Morrison did not act.

Transport Workers Union national secretary Michael Kaine said the government had adopted a “dangerous mindset” and was embarking on a “slippery slope”.

“Of course, that means we are going to have people who are in the asymptomatic or pre-symptomatic phase, we know the virus can spread in that phase, they are going to be spreading the virus to our supply chain.”

Mr Kaine said he would attend Monday’s emergency meeting after workers “have just been put in the firing line again”.

Finance Minister Simon Birmingham said Australia was not immune from the supply chain and workforce shortages being experienced globally.

“But it does, because you have the lesser health impacts and because we have such a highly vaccinated population, enable us to change some of the settings from previous COVID-19 variants and to make sure they are fit for purpose in dealing with the new challenges,” he said.

“That’s why these changes are being made, to make sure that as far as possible we can keep as much activity happening across the Australian economy, knowing that this is posing real pressures in a number of industries and sectors.”

“More employees will be able to head back to work, more businesses will keep their doors open, and the problem of critical supply chains grinding to a halt will be lessened,” he said.

“It’s disappointing national cabinet did not extend the changes to other sectors. Thousands of businesses around the country have not been able to open or trade at full capacity since the onset of Omicron. It is likely we will need to revisit the scope of these measures over coming weeks.”

Twenty-nine people died with COVID in NSW, a record for a 24-hour period. There were another 18 deaths in Victoria.