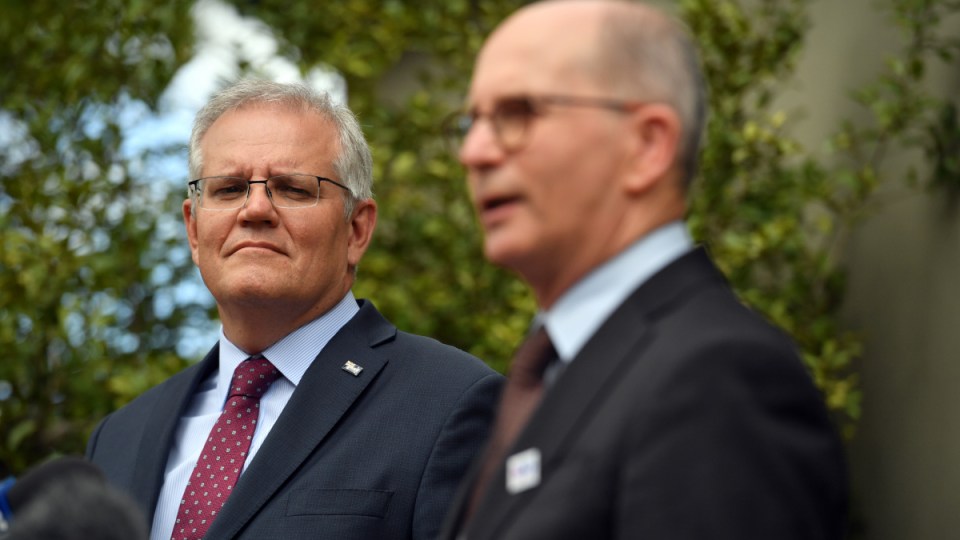 The PM is himself watching for COVID-19 symptoms as both COVID-19 numbers and hospital cases rise. Photo: AAP

Scott Morrison has rebuffed growing calls to make rapid antigen tests free for everyone, despite shortages of the tests.

As COVID-19 cases linked to the Omicron variant explode across the country, state and territory testing clinics have come under increasing pressure, leading to a growing push for rapid antigen tests.

While chemists and other stores have reported large shortages of the tests, the prime minister said Australia would not make the tests free for everyone.

“We’re now in a stage of the pandemic where you can’t just go around making everything free,” he told the Seven Network on Monday.

“When someone tells you they want to make something free, someone’s always going to pay for it, and it’s going to be you.”

About 84 million rapid antigen tests have been secured by state and territory governments, which have been jointly funded by the commonwealth.

Health Minister Greg Hunt said as many as 100 million would be made available during the next two months, nearly double the number of all PCR tests conducted nationally since the pandemic began two years ago.

Mr Hunt reiterated that rapid antigen tests would not be made free for everyone.

“If there was an unconstrained flow of completely unpriced products, so there was an infinite supply to an infinite number of people, then of course that demand couldn’t be met,” he told reporters in Melbourne.

Talks are under way on providing concession card holders with subsidised tests.

Those who need a rapid antigen test for work, such as aged care, will be able to get one for free.

Opposition Leader Anthony Albanese lashed out at the prime minister over the rapid tests, saying the government failed to prepare for a shift away from PCR tests without ensuring supply.

“This is a public policy failure the likes of which we haven’t seen in this country before,” he told reporters in Newcastle.

“It is unbelievable that the government has told people to not go and get tested, but to test themselves with a rapid antigen test that isn’t available and that isn’t affordable.”

Queensland announced it had secured 18 million rapid antigen tests, which would be provided for free at government testing sites for those classified as close contacts.

Victoria’s health minister Martin Foley said the federal government had passed the buck on the issue to the states.

While the Omicron variant has led to a surge in cases and hospitalisations, the number of patients on ventilators has fallen from 54 three weeks ago to 51.

There were more than 37,000 COVID-19 cases nationally reported on Monday, the highest countrywide daily total since the start of the pandemic.

NSW had 20,794 new COVID-19 cases detected in the latest reporting period, with a further four deaths.

There are now 1204 patients with COVID-19 in NSW hospitals, with 95 of them in intensive care.

Victoria reached a new daily record for COVID-19 cases, with 8577 infections and a further three deaths.

There are 491 hospitalisations from the virus in the state, with 56 active cases in intensive care and 24 of those on a ventilator.

South Australia registered 2552 new cases, with 94 in hospital and nine in ICU.

Tasmania registered 466 new cases, another record day of infections for the state, while the ACT also set a one-day high of 514 cases on Monday.

Meanwhile, Queensland reached a record of 4249 new infections and one death, with 10 people in the state in intensive care and one of those on a ventilator.