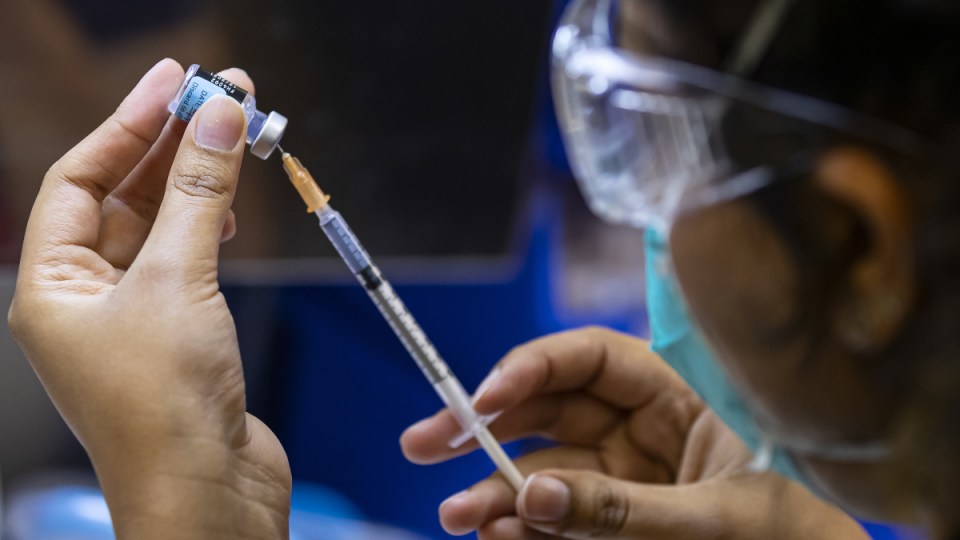 The state reported 1254 new COVID-19 cases and a further five deaths of people aged in their 60s to 90s on Thursday.

In a major milestone, the state has now fully vaccinated 90 per cent of people aged 12 and over – the final target tied to its reopening roadmap.

A raft of restrictions were eased across the state on Friday, including the scrapping of hospitality venue caps and masks in most indoor settings, after the Victorian government predicted it would reach the target at the weekend.

Premier Daniel Andrews said he could not be prouder that nine out of ten Victorians had “done the right thing”.

He expects the state will reach 95 per cent full vaccination of its eligible population, given 93.6 per cent of residents aged 12 and over have already received at least their first dose.

Prime Minister Scott Morrison also praised the achievement, saying Victorians had “done it tougher than anyone over the past two years”.

“Victorians have earned every freedom they now once again enjoy,” he tweeted.

But most of the freedoms don’t extend to the state’s unvaccinated.

Some public health experts argue unvaccinated Victorians without an exemption should no longer be subject to venue bans and other restrictions when the state hits 95 per cent double-dosed.

Mr Andrews has previously flagged the “vaccinated economy” could remain throughout 2022, and last week said it would stay until “at least” Melbourne’s Formula One Grand Prix in April.

“It’s not going to be there forever,” he told reporters on Thursday.

“But we do have boosters to get through, we’ve got paediatric vaccines to get through. I don’t have health advice to get rid of it. So on that basis, it stays.”

Australian Retailers Association chief executive Paul Zahra has penned an open letter to the premier, highlighting its members have reported “thousands” of instances of customer aggression since the unvaccinated were banned from non-essential retail stores.

He singled out incidents such as a frontline worker having a boiling cup of coffee poured over them and a shopping trolley being thrown at another.

“Those who are showing you to your table or those who are checking you in at a retail facility, they don’t make the rules,” he said.

A new Roy Morgan survey, conducted on Wednesday and published on Thursday, indicates an overwhelming majority of Victorians are in lockstep with the government on its vaccine mandate for authorised workers.

Some 76 per cent of the 1335 respondents to the statewide poll agreed an employee in Victoria should not be allowed to enter their workplace unless fully vaccinated.