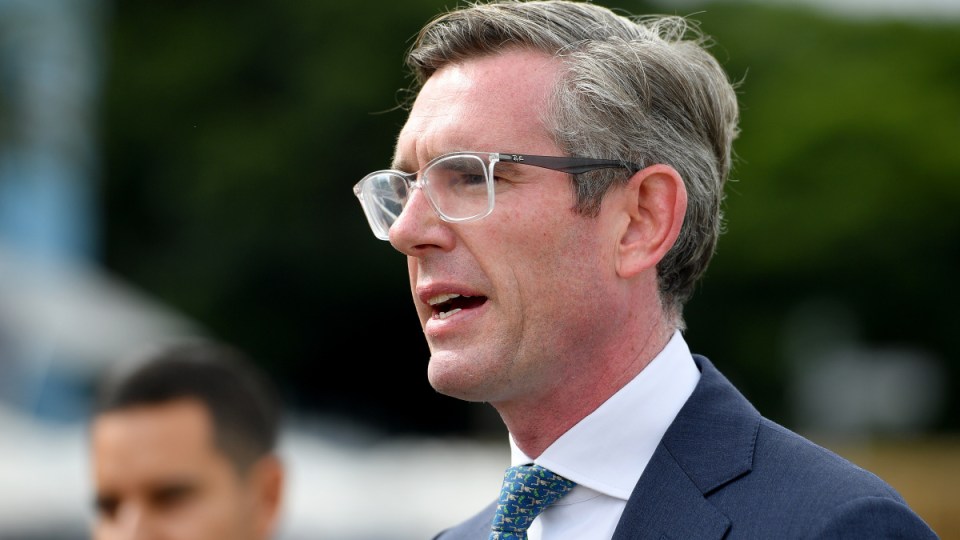 As domestic borders reopen in the lead-up to Christmas, governments will need to subsidise the cost of COVID tests required for people travelling to Queensland, the NSW Premier says.

Federal Health Minister Greg Hunt has asked the Queensland government to reconsider its plan requiring fully vaccinated travellers to get a PCR test if they want to enter the state.

Dominic Perrottet said the cost of up to $150 per test for asymptomatic travellers was onerous and national cabinet needed to come to an agreement to subsidise the test.

“That would be the commonsense approach,” he told Sydney radio 2GB on Tuesday.

“If someone came in without a PCR test and had the virus, it would spread like wildfire through the unvaccinated population of Queensland,” she said.

“I don’t want to see the people of Queensland get COVID for Christmas.”

She said the issue of cost could be fixed easily by Mr Hunt.

“Greg Hunt can quite easily make it a Medicare rebate – he can do that with a stroke of a pen,” she said.

In other NSW developments, Mr Perrottet has rejected opposition allegations the government had ignored advice from chief health officer Kerry Chant during the pandemic as cases of the virus surged.

Emails released on Monday show the NSW government implemented COVID restrictions weeks after they were recommended in some cases – and selectively applied them to 12 LGA COVID hotspots despite advice to be “consistent”.

“I think that email is not the health advice, it’s an email,” Mr Perrottet said.

“We seek to get the balance right and I believe that we did.

“I said at the time I didn’t want to see a tale of two cities and we did not.

“I’m very proud of the fact that from time to time the government has had to make decisions to keep people safe.”

NSW had 173 more COVID-19 cases and the deaths of two unvaccinated people on Tuesday.

One was a woman in her 80s, who died at Sydney’s Royal Prince Alfred Hospital. The other was a man in his 80s who died at Liverpool Hospital.

Meanwhile, frontline workers have protested at NSW parliament against government plans to revoke a provision in the Workers Compensation Act that allows the presumption that workers who test positive to COVID caught the virus while on duty.

The government estimates keeping the protection could invite 25,000 extra claims over the next 12 months, forcing insurance premiums up by an average of $950.

Unions representing workers in retail, health, hospitality, and prisons rallied to convince MPs to block the repeal of the protection.

Victoria has confirmed another 19 deaths from coronavirus and 827 more cases, while the state still hasn’t officially hit its 90 per cent full vaccination milestone.

There are 9420 active virus cases in Victoria and 303 patients in hospital, lowering the seven-day average to 318.

Fourty-four people in intensive care are actively infected and 53 have been cleared, with 23 of those on a ventilator.

It was one of Victoria’s deadliest days in the pandemic yet, taking the state’s coronavirus toll to 1299.

Premier Daniel Andrews said they were aged from 52-105, and 17 of the 19 were unvaccinated. He again urged Victorians to get vaccinated.

“It works, it’s safe, it’s free, it will keep you out of hospital and it will mean less trauma and less pain and anguish for so many families,” he said.

“It’s a very powerful argument to go and get your first and second dose.”

The Northern Territory has detected three more COVID infections, including a baby who has been taken to hospital.

Tuesday’s new cases were a man in his 40s and a woman in her 20s from the Binjari Aboriginal community and a male infant from Robinson River.

It brings the current outbreak to 40 cases.

Tuesday’s update came after the lockdown in Katherine, 320 kilometres south of Darwin, was extended until Wednesday at 6pm.

It’s the second time the lockdown that started seven days ago has been extended, with residents permitted to leave their homes only for the five essential reasons.