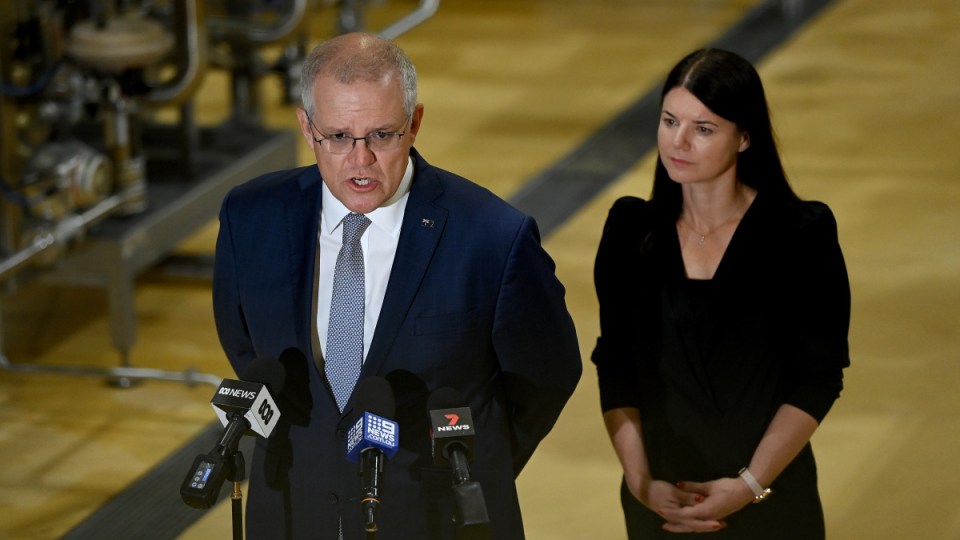 Prime Minister Scott Morrison has criticised planned restrictions on unvaccinated Queenslanders, saying they “should be able to go out and get a cup of coffee”.

Unvaccinated people will be locked out of many of Queensland’s shops and other businesses from December 17, or whenever the state’s vaccination of people aged 16 and over hits 80 per cent.

It is a similar situation in Victoria, where those who are not fully vaccinated will be locked out of all but essential retail when the state winds back its COVID measures at midnight on Thursday, ahead of reaching 90 per cent fully jabbed.

But Mr Morrison considers limiting entry to retail and hospitality venues an overreach.

“They should be able to go and get a cup of coffee in Brisbane when you’re over 80 per cent, regardless of whether you’ve had the vaccine or not,” Mr Morrison said in Sydney on Thursday.

“As we get above 80 per cent in particular, when the scientific advice shows us and the research shows us, that means Australians can have their lives back.”

Mr Morrison indicated the only mandatory vaccines he supported were for healthcare workers.

“We’re not in favour of mandatory vaccines imposed by the government. Businesses can make their own choices under the law,” he said.

“He is so desperate to claw together a coalition of anti-vaxxers for his own political benefit,” he said.

“[Queenslanders] do not deserve to be undermined by a PM more interested in currying favour with coffee baron donors and lunatic backbenchers than the health and the jobs of Queenslanders.”

Mr Miles also said Mr Morrison had failed to listen to business and industry leaders – who wanted leadership and direction from the government.

“He has attempted today to trivialise the vaccination effort by talking about getting cups of coffee and we want people in Brisbane to get cups of coffee too, we just don’t want them to get COVID while they are doing it,” he said.

Victorian Premier Daniel Andrews was reluctant to buy into the argument but criticised the lack of federal action on vaccination.

“The only reason we had lockdowns in this state is because we didn’t have a vaccine,” he said.

“It’s time for us to deliver the national plan that was agreed to by national cabinet, which [the Prime Minister] chairs.”

Victoria will scrap all remaining COVID-19 restrictions from midnight, with the state expected to reach 90 per cent fully vaccinated sometime over the coming weekend.

Double-dosed Victorians will able to dance in nightclubs and have unlimited visitors to their homes, while cafes and restaurants will no longer be subject to density caps.

Victoria had a slight uptick in COVID cases on Thursday, with 1007 infections and 12 deaths.

There were 262 cases and three deaths in NSW, while a further 25 cases were detected in the ACT, the highest daily figure for nearly a month.

No new cases were detected in the Northern Territory overnight, following a cluster in Katherine and a remote Indigenous community.

The national double-dose vaccination rate for over-16s stands at 84.2 per cent, while 91.1 per cent have had their first dose.

More than 128,000 vaccines were administered nationally on Wednesday.