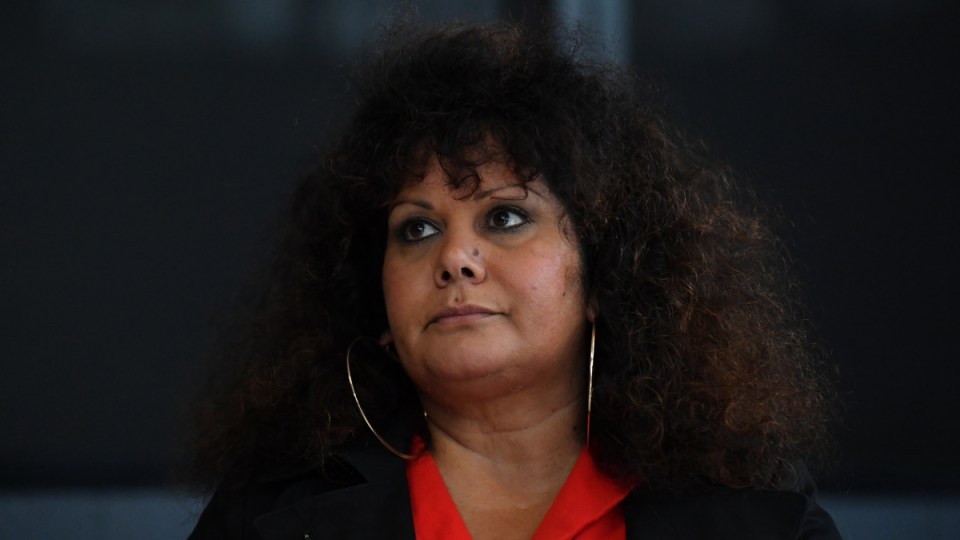 Senator Malarndirri McCarthy is concerned about people displaced by a feud in a remote NT community. Photo: AAP

Jab rates for Indigenous people continue to lag across every state and territory. Just under 58 per cent of Australia’s over-16 Indigenous population is double-dosed.

Labor senator Malarndirri McCarthy’s family members are at the centre of a Northern Territory outbreak infecting 11 Indigenous people across Katherine and the remote community of Robinson River.

About 52 per cent of Indigenous people are fully vaccinated in the territory, while 72 per cent have received one dose.

“This is our worst fears realised,” senator McCarthy told ABC TV on Wednesday.

“We’ve got to arrest this in terms of the COVID outbreak before we can actually really seriously consider when it is safe to open up.

“Our deepest fear here is that has spread across the territory.”

Her sister carried the virus into Robinson River and nine of the politician’s family members tested positive on Tuesday.

She called for immediate support to fix overcrowding in remote community houses.

“How can people isolate when they’re 15 to 20 people to a house for starters?”

She also said misinformation was being targeted at Indigenous communities.

“We have got over 100 Aboriginal languages just here in the Northern Territory, more across Australia, and the first time really that First Nations media received funding was in September,” the senator said.

“In the meantime, that gap was being filled by misinformation, from overseas right-wing extremists but also from the backbenchers of Scott Morrison’s government.”

People are being stopped from entering or leaving Robinson River or surrounding homelands under federal biosecurity rules.

Masks are mandatory across the territory and a lockdown of Katherine will run until at least Monday.

Australia’s overall double-dose rate has surpassed 83 per cent for people aged 16 and older.

Meanwhile, the Human Rights Law Centre is pushing for the relaxation of international border restrictions for people on temporary and humanitarian visas.

It estimates more than 10,000 refugees on the visas forced to wait overseas to enter the country.

Only Australian citizens, permanent residents and their families have been able to enter the country without needing an exemption since international travel restarted in November.

“People with lives in Australia still have no idea when they will be able to see their families, simply because of the kind of visa they hold,” senior lawyer Scott Cosgriff said.

“Our friends, neighbours and colleagues on temporary visas should be allowed to plan for their future, not continue to be forced to beg for rare exemptions to avoid missing out on critical moments in their lives.”