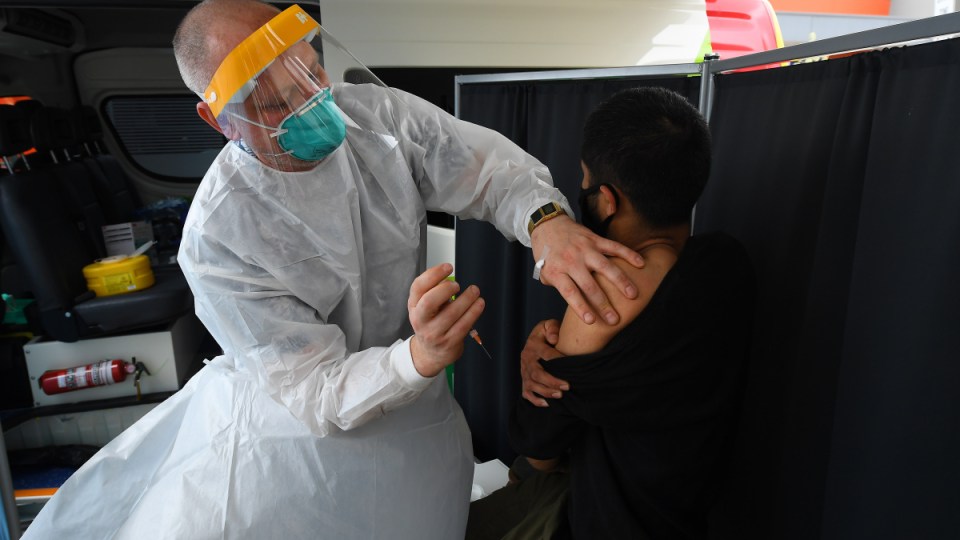 Victoria has reported a further eight COVID-19 deaths and 797 new cases, the third day in a row that infections have dropped in the state. Photo: James Ross/AAP

Victoria has reported 797 virus cases and eight deaths, as COVID hospitalisation rates continue to fall and the state eyes a major easing of restrictions.

The health department confirmed on Tuesday the state was managing 14,131 active cases.

It is the third straight day Victoria’s case numbers have dropped, after 860 infections on Monday and 905 on Sunday. Tuesday’s tally was the state’s lowest since 847 cases on September 25.

Across Victoria, there are 394 virus patients in hospital – down from a peak of more than 800. Of those, 72 in intensive care are actively infected with COVID-19 and 61 have been cleared, with 44 on ventilators.

The state’s seven-day hospitalisation average has fallen by 26 to 418.

Health officials say virus testers processed 53,527 results in the 24 hours to Monday evening, and 7191 people were vaccinated at state-run hubs.

Victoria is now 87 per cent double-vaccinated in those aged over 12.

Once the 90 per cent mark is reached, which is predicted for about November 24, Victorians are promised a return to normality with patron caps removed and masks required only on public transport and in high-risk settings such as hospitals.

On Tuesday, Premier Daniel Andrews promised an announcement later in the week, although he was coy about when exactly it might be.

He said the milestone – which will also mean more workers can return to city offices and other workplaces – would be “a credit to every single Victorian who has gone and got the job done, exactly what we asked them to do”.

Who is Peter Dutton? The ex-cop tipped to be the next leader of the Liberal Party
Why the changes to Victoria’s state of emergency legislation are so controversial
Today's Stories