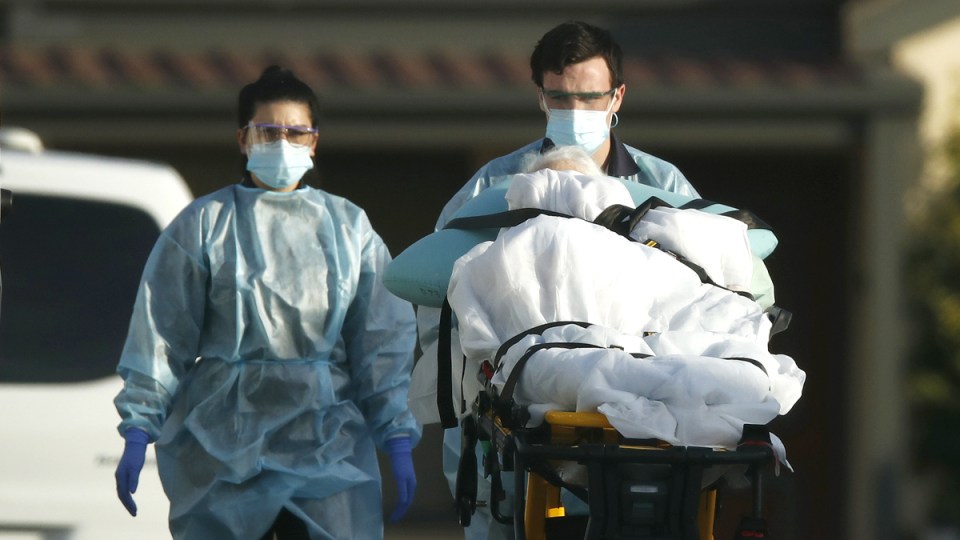 Victoria has reported another 40,127 COVID-19 cases and 21 deaths, with virus hospitalisations nearing 1000.

Hospitals became “angry” when COVID-positive residents started being transferred from a Melbourne nursing home where 45 people died from last year’s outbreak, a nurse has revealed.

Jag Nagra worked at St Basil’s Home for the Aged from 2006, starting out as a personal care assistant before working up to a registered nurse in charge of shifts within the nursing home section of the facility.

Staff had stepped up usage of PPE masks, face shields and gowns when caring for residents who had also been cared for by that staff member.

“When a few residents became positive, I was the one on shift and I sent five, four or five, residents to the hospital,” she told an inquest into deaths at the home during last year’s second wave.

“After that, hospitals started getting angry with me – asking what is happening.”

Victorians state coroner John Cain is examining the coronavirus deaths of 45 residents, as well as the deaths of five other residents following the outbreak in July 2020.

A staff member first tested positive on July 9. The first positive case among residents was recorded on July 17. Four days later all staff were declared close contacts and residents began being evacuated from July 24.

Ms Nagra said she couldn’t recall training around whether she should be sending positive residents to hospital, but said she was told to do so by director of nursing Vicki Kos.

In a statement she said hospitals became “annoyed” and told her she couldn’t keep sending COVID-positive residents to hospital.

Another two or three residents were still waiting for ambulances to take them when she was told.

“I told Vicki they’re not accepting our residents … no one came to pick them up,” she said in her evidence on Tuesday.

“I said they’re refusing to take the residents, so then she said [she’d] talk to them.”

Ms Nagra believed it was the following day that staff, including doctors, from Northern Health started working within St Basil’s.

After that she believed decisions were made by them, in conjunction with the wishes of residents’ families and next of kin, about whether to send people to hospital.

Ms Nagra was responsible for filling shifts when staff called in sick during the outbreak and said St Basil’s staff had stepped up work to fill in.

She said also praised the Alpha Agency, which provided additional staff members when shifts could not be filled internally.

Her evidence at the inquest, which will hear from more than 60 people over five weeks, is continuing.