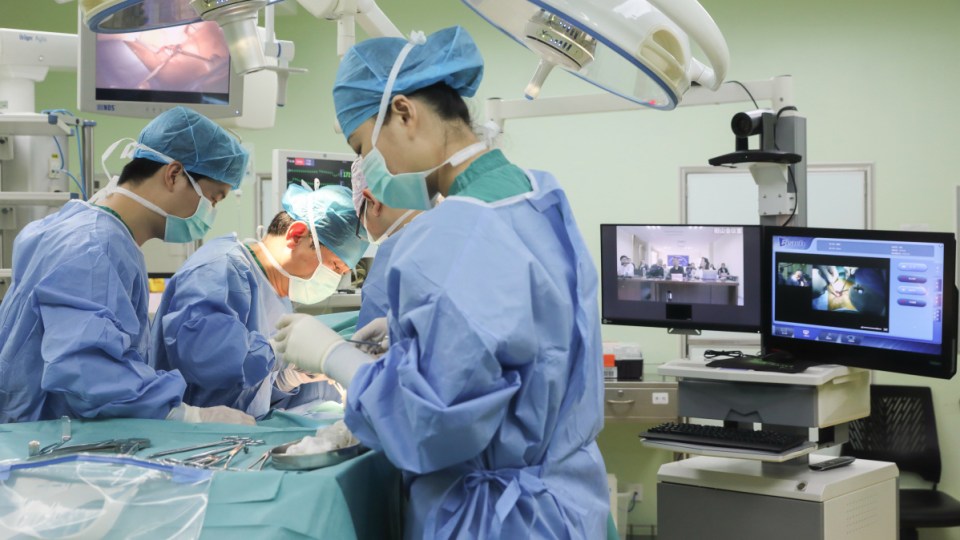 There are 165 cases of COVID-19 in NSW and one death as hospitals are given the green light to resume elective surgery at full capacity.

Elective surgery will resume at full capacity in public and private NSW hospitals as the state records 165 COVID cases and one virus-related death.

The number of COVID-19 cases in hospital in NSW was down eight to 216, with 32 in intensive care.

Across the state, 94.2 per cent of people over 16 are fully vaccinated and 91.1 per cent of adults have had a first jab.

NSW Health announced last week that elective surgery could resume unrestricted because of the state’s high vaccination rates and stable levels of community transmission of the virus.

NSW AMA president  Danielle McMullen said the backlog caused by months of restrictions in hospitals could be addressed.

“The easing of these caps means hospitals and other health services can arrange their catch up work and their usual non-COVID work … and be able to participate in as much elective surgery as they can,” she told Sydney radio 2GB on Monday.

Meanwhile, Labor and unions have criticised a NSW government plan to roll back a special COVID protection for workers as harsh, unnecessary and “a stab in the back”.

Premier Dominic Perrottet intends scrapping a provision in the state’s Workers Compensation Act allowing for the presumption that frontline workers who test positive caught the virus while on duty.

The government estimates keeping the protection could invite 25,000 extra claims in the next 12 months, forcing insurance premiums up by an average of $950.

COVID-19 claims could cost the workers compensation system as much as $638 million in the coming year.

The NSW Nurses and Midwives’ Association said its members, who are at heightened risk of exposure from patients, visitors and other colleagues in their workplaces, were outraged at the move.

General secretary Brett Holmes said upper house members of parliament received more than 24,800 emails from public sector nurses and midwives at the weekend, begging them to block the government’s planned repeal. A further 590 emails were sent to lower house MPs.

“Despite their efforts to go above and beyond for the past 22 months, essential workers who are infected with COVID-19 will face significant hurdles if this repeal goes ahead,” Mr Holmes said on Monday.

“Yes, they can make a workers’ compensation claim, but if they are forced through a disputed claims process it could be months before they get an outcome, or a long time without any income if they’re a casual worker,” he said.

“Our health and aged-care sectors have relied heavily on these workers during the pandemic and now they’re being left to fend for themselves against their employers and their insurer, icare.”

Business groups, however, welcomed the removal of the provision as it meant it would be harder for workers in retail, healthcare, hospitality and other frontline industries to file compensation claims if they fell ill.