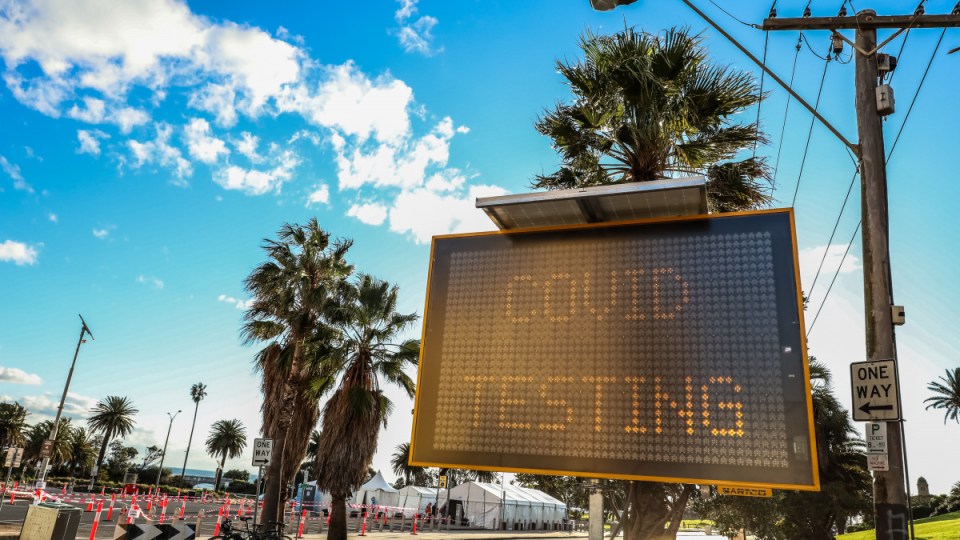 Victoria’s vaccination figures are high, with almost 90 per cent of the population now double-jabbed, but daily cases of the COVID virus refuse to drop below four figures.

The state has added 1221 new infections to its caseload while recording another four virus-related deaths.

The state is now managing 16,671 active virus cases, some 405 of them in hospital care, with 77 patients are in intensive care and 51 of those requiring ventilation.

Victoria is now 86 per cent double vaccinated for everyone aged 12 and over.

Meanwhile, the opposition has called for an early end to the state’s indoor mask mandate in a bid to encourage workers back to central Melbourne.

Under the current rules, people aged over 12 must be masked indoors unless at home.

The restriction is set to lift when the state reaches 90 per cent double vaccination on or about November 24, with the exception of public transport and high risk locations.

However Opposition Leader Matthew Guy says the government should move faster because the measure is deterring city workers from returning to the the office.

“They are vastly choosing to stay at home where they don’t have to wear the mask,” he told reporters on Friday.

Earlier this week, Melbourne city council and the state government announced $150 dining rebates in an attempt to lure people back to the CBD.

Many businesses have closed down during the city’s extended lockdowns, with non-essential indoor retail reopening a fortnight ago.

As of Friday, just under 93 per cent of Victorians aged 12 and over had received at least one vaccine dose and 86 per cent both.

Even so, the deadline has arrived for construction workers to be fully vaccinated to continue working on site.

The controversial mandate, which sparked violent protests across Melbourne in September, requires all tradies to have had two vaccine doses by Saturday.

No jab, no job

Victorian aged care workers must also be fully vaccinated by Monday and about one million of the state’s essential workers in total will be required to be double-jabbed by November 26.

Anyone with a valid medical exemption will be able to continue working.

The department of health has also noted a change to requirements for fully-vaccinated international travellers and aircrew arriving in the state.

In an update on Twitter, the department says anyone wanting to enter Victoria from overseas must obtain an international vaccination certificate or proof of a medical exemption.

Additionally, those aged over 12 must have tested negative no earlier than 72 hours before departure.

Upon arrival, travellers and crew must be tested within 24 hours and evidence of all of the above must be carried with them for 14 days.