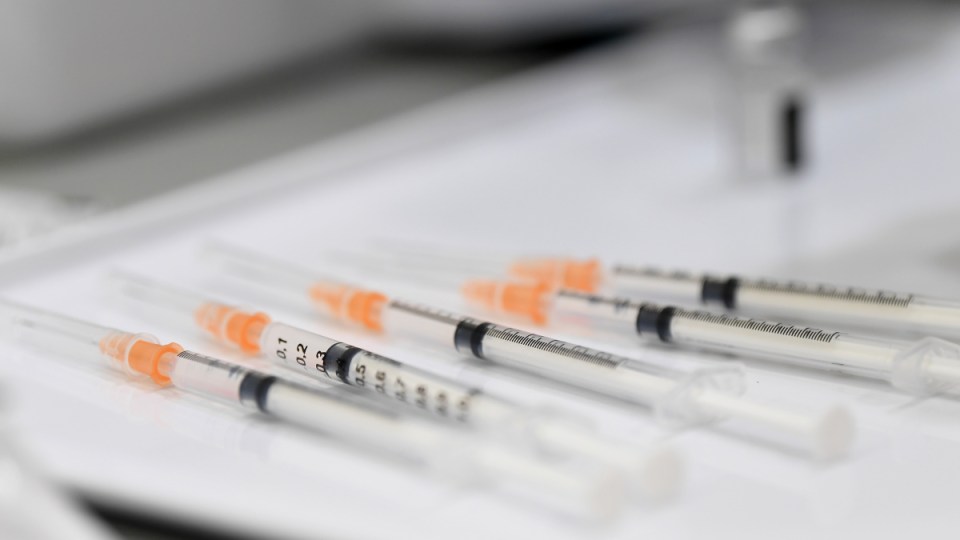 Greg Hunt said the milestone was expected to be reached about 1pm on Thursday Photo: AAP

Mr Hunt said the milestone was expected about 1pm on Thursday (ADST) somewhere in Australia.

“In a country general practice, an Indigenous medical clinic, in a suburban pharmacy, someone will be the Australian who takes us over 90 per cent,” he said in Melbourne.

“We’re at 81.9 per cent second doses, or almost 17 million people around the country who have had second doses, so that’s a huge achievement.”

It came after Queensland on Wednesday became the last jurisdiction to cross the 80 per cent mark for first doses. There has been a fresh push for vaccination across Queensland after the emergence of four mystery virus cases in the Scenic Rim and Gold Coast on Wednesday and Thursday.

Premier Annastacia Palaszczuk said there was most concern about two unlinked cases on the Gold Coast and flagged a potential lockdown if any more community transmission was detected. One of Thursday’s cases is a fully vaccinated ride-share driver on the Gold Coast.

There has been concern about the vaccination rate in the region, and Premier Annastacia Palaszczuk said residents should consider wearing masks where social distancing was not possible.

“We just don’t know where these cases have come from,” she said.

“If we see more unlinked community transmission on the Gold Coast in the next 24-48 hours, we may have to put in place some further restrictions.”

Acting chief health officer Peter Aitken said the driver had been infectious in the community for three days.

“We’re working through it, but aren’t able to find a clear link to how he’s contracted COVID,” Dr Aitken said.

“He’s done all the right things, he’s fully vaccinated and he’s come forward for testing, but he does work as an Uber driver and has been exposed for three days in the community potentially infectious.”

Meanwhile, Mr Hunt said boosters had already topped 200,000 doses after the top-up dose was approved for use in the public late last month.

Medical regulators are now considering data from Pfizer to approve a vaccine for children aged five to 11.

On Wednesday, the Therapeutic Goods Administration granted a provisional determination for Moderna to submit its vaccine data for children aged six to 11-years-old.

Mr Hunt said Australia would get vaccines for children shortly, but careful consideration was needed from regulators.

“We’re confident that this will be successful, but we’re committed to making sure that that focus on safety is absolute,” Mr Hunt said.

“[Regulators] will work to make sure that there are no corners cut in ensuring the safety and protection of our children.”

The Pfizer vaccine has been approved for use in five to 11-year-olds in the US, following data from a trial in several thousand children.

Mr Hunt said Australia was watching the broader rollout of the vaccine to American children to get real-time data on its effectiveness and safety before a final decision on approval was made.

A decision is expected before Christmas.

On Thursday, NSW had 261 local cases and one death while Victoria had 1313 infections and four fatalities.