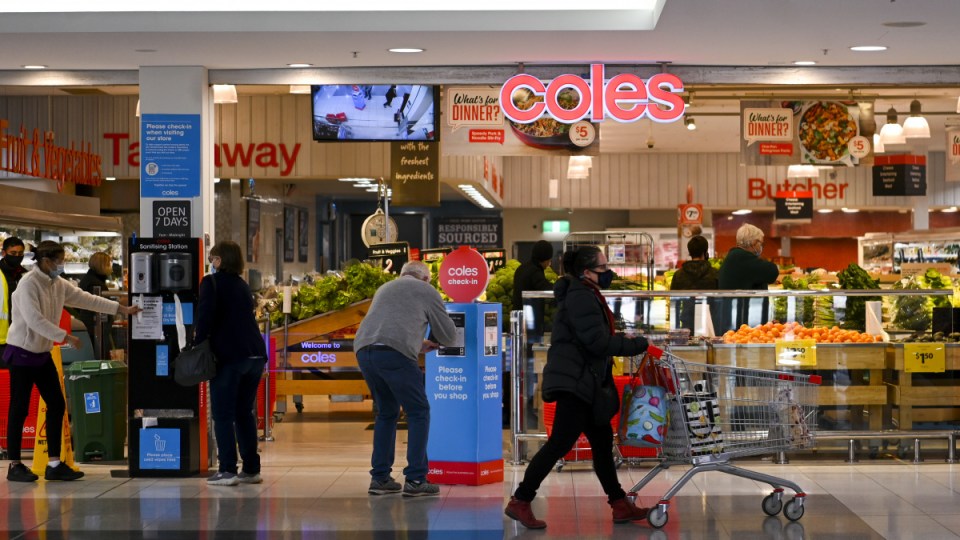 Packets of baby spinach sold across NSW, Queensland have been recalled due to potential salmonella contamination. Photo: AAP

Coles has opted not to follow retail rival Woolworths in requiring all employees be vaccinated against COVID, instead relying on health orders in some states.

Company leaders said on Wednesday they would encourage staff to be vaccinated but have stopped short of enforcing it.

More than 70 per cent of Coles employees in the most COVID-affected states of NSW and Victoria are fully vaccinated. More than 94 per cent have had one shot.

The Northern Territory, Victoria and Western Australia have required essential workers have the jab. NSW has required this in some areas.

The company has helped employees be vaccinated at distribution centres and manufacturing sites. It has also provided paid leave for staff who have needed time off to be vaccinated.

Last month, Woolworths flagged it would soon require Australian employees to be vaccinated unless they had medical or religious exemptions. At the time, Coles and Aldi said they would follow Woolworths.

“We’ve been pleased with the uptake of the vaccine by our team members, and we owe it to them to ensure that as many of their colleagues as possible also do their bit by getting the jab,” Mr Cain said.

But Wednesday’s announcement backed away from that requirement.

While supermarkets have not been major transmission sites during the pandemic, there have been some cases linked to stores during outbreaks across the country.

Retailers have also sometimes struggled to keep operating with thousands of workers forced into isolation after virus exposure at supermarkets.

In early October, Coles said 30,000 staff had been required to isolate across NSW and Victoria due to their Delta outbreaks.

At the same time, Woolworths told the ABC 25,000 of its Victorian workers had been required to isolate in the previous three months. None had subsequently tested positive.

Some supermarkets had been forced to close or curtail their hours as a result.

Michelle Grattan: Morrison’s defeat is a victory for Independents, and the Greens
Another 216 COVID cases in NSW, with alarm for bootcamp clusters
Today's Stories