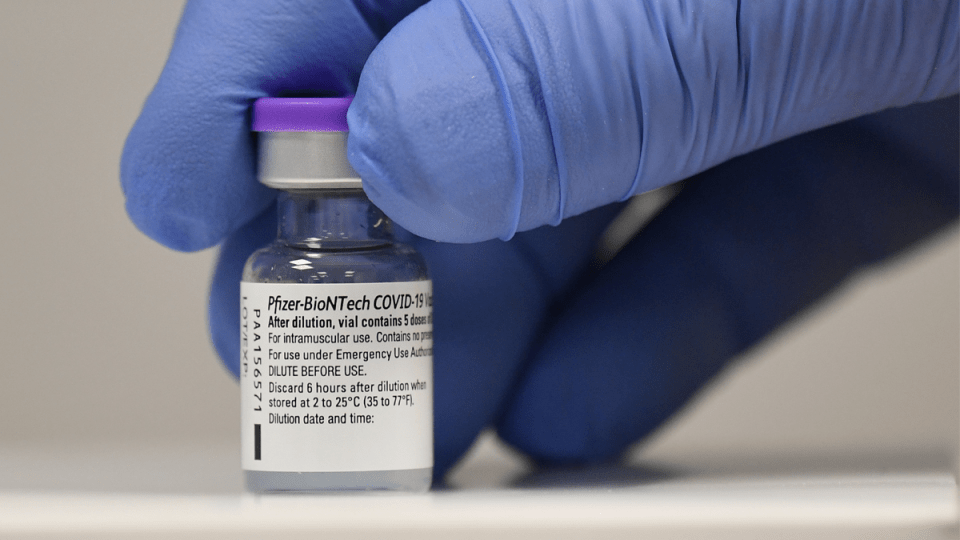 The rollout officially began on Monday, just as Australia passed the 80 per cent double-dose vaccine milestone for people aged 16 and up.

These third shots will help maintain herd immunity as new strains of the virus emerge in future, however most people won’t be eligible to receive theirs until a few more weeks.

Here’s how the booster rollout will work, and how to receive your third shot.

Who’s eligible for a booster shot?

People who are 18 or over and received their second shot six months ago can now get a booster shot.

Those who received their second shot more recently will have to wait until the six-month period has passed.

“The booster rollout program will initially target population groups that were prioritised for early vaccination because the great majority of people within these cohorts are now ready for their booster vaccination, having had their second dose six or more months ago,” Health Minister Greg Hunt said on Monday.

The federal government estimates that more than 1.7 million Australians will be eligible to get their third shot before Christmas.

How can I get a booster shot?

If you’re eligible, all you need to do is visit a GP, pharmacy or vaccination hub.

However, it’s best to check ahead of time if they’re offering booster shots at the moment.

There’s no notification system just yet, so it’s up to individuals to check when they’re ready for their third dose of a COVID vaccine.

To find the most convenient place to get jabbed, the government is directing people to its list of COVID vaccine providers here.

What vaccine will be used?

Only the Pfizer vaccine has so far been approved by the local regulator for use as a booster shot.

However, people who have had an adverse reaction to mRNA vaccines like those from Pfizer or Moderna can instead receive the AstraZeneca vaccine as their third shot.

Mr Hunt added that the Moderna and Novavax vaccines could be approved as booster shots in future.

Will booster shots affect where you can go?

For the time being, no.

No state government has made booster shots a requirement to go out or enter any businesses.

However, Victorian Premier Dan Andrews hinted in October that Victorians may need to receive a third shot after six months to retain their freedoms for being fully vaccinated.

“I hope, and we’ll play our part in this, like a month before your six months is up, then you will get a message and your vaccination certificate, the thing that gets you the green tick, you’ll be prompted to go and book a time to go and have your booster shot,” Mr Andrews told reporters last month.

Why are booster shots important?

COVID vaccines have been shown to decrease in efficacy over time due to waning antibodies, so additional shots are a way of maintaining that immunity.

In future, they might also be used to protect against emerging strains of the virus.

However, it’s worth noting that antibodies are only one metric to measure a vaccine’s efficacy, and even when these antibody levels have waned, the body still remembers how to create new antibodies when someone is infected with the virus.

In short, booster shots are very important, but health experts say people need not panic about the wait.

Haven’t some people already had their third shot?

More than 177,000 Australians have already received their third shot, however, this stage of the rollout only officially began nationwide on Monday.

NSW and Western Australia began administering the first booster shots at the start of November.

Now that booster shots are available nationwide, the federal government expects the uptake to explode in early 2022.

Peter Dutton touted as next Liberal leader as he claimed victory in Dickson
‘The urgency of the situation’: WHO steps in as monkeypox cases erupt around the world
Volodymyr Zelensky: How war will end as Ukraine ‘breaks backbone’ of Russian army
Jim Chalmers decries Coalition waste as Labor hits the hustings amid downpours in Queensland
Anthony Albanese, Scott Morrison cast their votes in Sydney
Australian aces at French Open out to show there’s life after Ash Barty
Cricket on front foot as it nears 100 per cent vaccination rates
Today's Stories