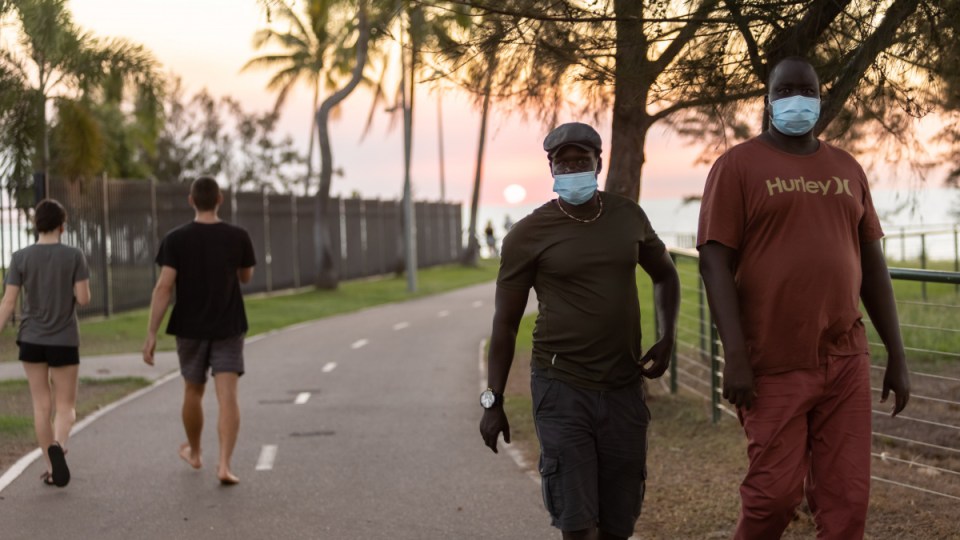 A COVID-positive woman who lied on her border entry form when entering Darwin has been fined while authorities are confident the Top End’s three-person cluster is now under control.

Chief Minister Michael Gunner said the 21-year-old was issued with an $5024 infringement notice after she was questioned by Northern Territory detectives for five hours.

“Don’t lie, don’t be selfish, think of others,” Mr Gunner said on Sunday.

“She will pay because she lied to officials.”

He said her actions had “put the Territory at risk”, prompting the three-day lockdown for Katherine, 320km south of Darwin, where a close contact travelled and tested positive.

There has also been a “lockout” for Greater Darwin, which Mr Gunner expanded for an extra 24 hours to midnight on Monday, with only vaccinated people permitted to move freely about the community.

Mr Gunner said on Sunday there had been no new cases overnight and the cluster remained at three.

He said he was confident that from 3pm on Sunday the lockdown in Katherine will be scaled back to a lockout and “if all goes well” the town will exit lockout at the same time as Darwin.

Before arriving in Darwin the woman spent time in Melbourne, where Mr Gunner said she “almost certainly” contracted COVID-19 before spending time in Adelaide and Cairns.

She arrived in Darwin from Queensland on October 29.

There are now additional exposure sites in Darwin including food and retail outlets.

The woman is a close contact of the index case, an unvaccinated man in his 20s who worked at RAAF Tindal, near the town of Katherine.

They spent last weekend at the Mantra Hotel in Darwin together after she arrived from Cairns.

The man also visited Monsoons pub and nightclub before testing positive for the virus on Thursday.

Mr Gunner said the man had “saved lives” by getting tested as soon as he was symptomatic.

“His next job is to get vaccinated.”

Mr Gunner said 119 of the 123 close contacts identified in the cluster have now been contacted and are isolating.