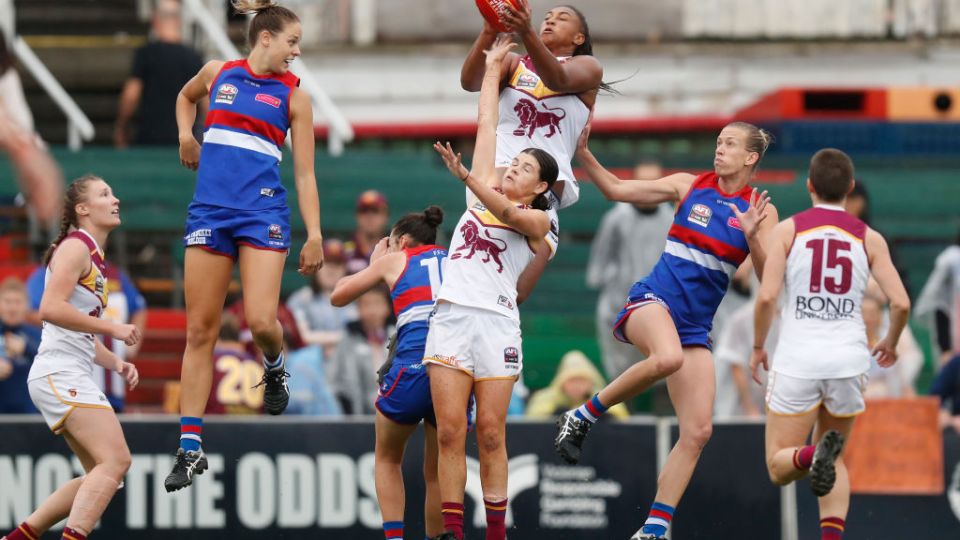 Two months before the season's start, the entire AFLW Bulldogs squad has been forced into isolation by a positive COVID test. Photo: Getty

Western Bulldogs AFLW players and staff have been sent into isolation after a member of the program tested positive to COVID-19.

The club said the individual, who is fully vaccinated, attended training free of symptoms on Thursday but later returned a positive test. The individual has not been named.

Saturday’s planned training session was cancelled after the club was made aware of the positive case on Friday night.

“(The individual) received a negative result from a rapid antigen test on arrival (at Thursday’s training session),” the Bulldogs confirmed in a statement on Saturday.

“PCR COVID tests were also administered at the training session for all staff and players, in line with regular AFL testing protocols, with one test returning a positive result on Friday.

“All other members of the AFLW program received negative results from both their rapid antigen test and PCR test.”

The Bulldogs are working with the AFL and the Victorian Department of Health to determine the period of isolation required.

It is unclear when the AFLW team will be allowed to resume training.

The sixth season of the AFLW competition will begin on January 6.