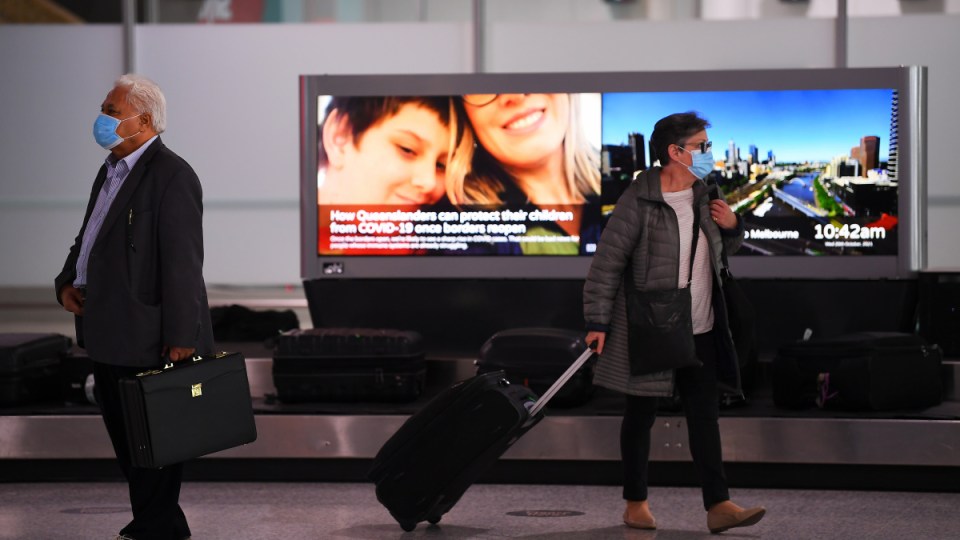 The route between Sydney and Melbourne is one of the busiest in the world. Photo: AAP

Travel between Australia’s two most populous states has resumed for people who are fully vaccinated after Victoria lifted border restrictions with New South Wales.

Victoria has declared that all NSW local government areas are now ‘green zones’.

This means there are no testing or quarantine requirements for NSW residents travelling to Victoria, although visitors will still need to obtain a permit verifying they don’t have COVID-19.

Unvaccinated Victorians are still not allowed into NSW for travel or recreation.

Mr Perrottet told Sydney radio 2GB on Friday the change was “great for business and great for families”.

Families will be able to reunite and travel by air on one of the busiest aeroplane routes in the world.

“We’re slowly getting back to normality,” Mr Perrottet said.

NSW has fully vaccinated 89.05 per cent of its population aged over 16 years, while 93.78 per cent have had at least one dose.

Despite other restrictions lifting, NSW school students sitting the HSC from next week will still have to wear masks when they do their exams.

Mr Perrottet said while he’d been looking at the issues, ultimately the rule would remain in place.

There are concerns elderly examiners could be put at risk if children aren’t wearing masks.

Wearing a mask also reduces the risk of a student being deemed a close contact and having to isolate if there’s a case at a school, Mr Perrottet said.

NSW on Thursday reported more than 300 cases for the first time in over a week. The state recorded 308 new local cases and four deaths.

Travel between NSW and Victoria resumes for fully vaccinated