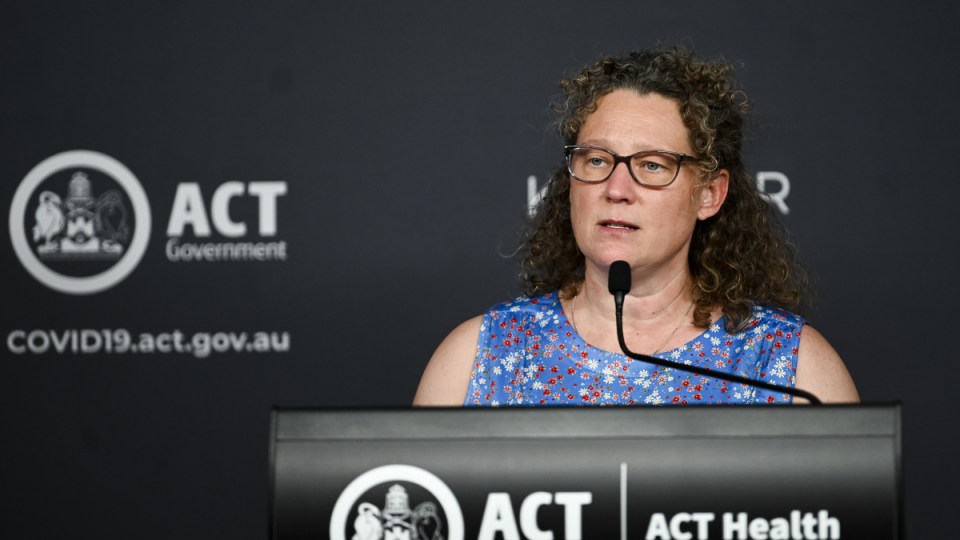 Some fully vaccinated travellers have been forced to undergo quarantine upon entering the ACT, despite having had both jabs.

While fully vaccinated travellers who come to the ACT from high-risk COVID areas are able to enter with an exemption, quarantine will still be required if a person’s second dose was less than two weeks before their arrival date.

The territory’s chief health officer Dr Kerryn Coleman said a small number of people had been affected by the measures.

She rejected claims the health advice was unclear for people travelling to Canberra.

“If it is not (clear) we will look at making sure that it is even clearer,” she said.

“I can understand people are disappointed they can’t move as freely as they had hoped to. We are trying to work with individuals affected by that.”

It comes as a school in Canberra’s south was forced to close after a large COVID-19 cluster was detected.

Health authorities have confirmed 17 cases have been linked to the Wanniassa School junior campus.

Of the cases, 15 had attended the school while the remaining two were household contacts.

The majority of cases have been linked to a school year group.

More than 120 people at the school have been identified as close contacts.

All students, staff and visitors who were at the school during the exposure times have been asked to get tested and quarantine until they get a negative result.

Dr Coleman said while there had been a large number of cases, such an outbreak was not unexpected.

“As we continue to open up, we are going see cases of COVID and transmission in the community,” she said

The ACT has recorded a spike in the number of COVID-19 cases, with 15 new infections reported in the latest figures.

Despite the rise, hospital admissions due to COVID-19 have fallen, down from seven to five in the past day.

There are now two COVID-19 patients in intensive care with one on a ventilator.

Vaccination levels continue to increase, with 93.6 per cent of over 12 year olds in the capital being fully vaccinated.

The Stats Guy: What does tourism in Australia look like now that travellers are returning?
ACT records COVID spike with 15 new cases
Today's Stories