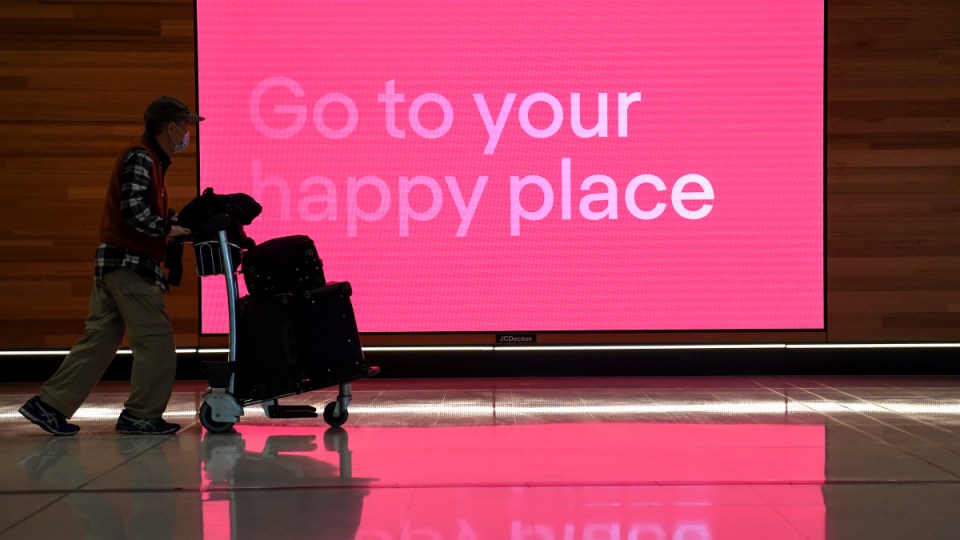 The new cases were recorded in the 24-hours until 8 pm on Monday from 58,988 tests and rose by 38 cases from the previous day.

Some 93.6 per cent of people aged 16 years and older have had one dose of a vaccine and 87.8 per cent are fully jabbed.

Mr Perrottet is expected to announce a further relaxation of COVID-19 restrictions after the state began transitioning out of a near four-month lockdown three weeks ago.

The changes so far only applied to people who are fully vaccinated. Restrictions for unvaccinated people aren’t due to end until next month.

The premier has flagged the state could aspire to a fully vaccinated coverage rate of 95 per cent of eligible people.

Meanwhile, the tourism and hospitality sectors are expected to make up for losses endured during months of COVID-19 lockdown ahead of what looks like a “joyful and celebratory” Christmas period.

Tourism & Transport Forum CEO Margy Osmond says the industry has been losing close to $4 billion a month with virtually no international visitors for almost two years.

Fully-vaccinated people are also free to travel anywhere in the state, setting the scene for a revival of hard-hit tourism and hospitality businesses in the regions.

Bookings for summer holidays in NSW are at a premium with many holiday towns on the east coast already fully booked.

“What makes this Christmas very different from last Christmas is the fact that there’s joy in the air,” Ms Osmond told the Nine Network on Tuesday.

“There’s a different kind of spirit this Christmas.  It’s going to be a very celebratory one,” she said.

However, states like Queensland, Western Australia and the Northern Territory which are yet to open up to international arrivals are likely to miss out.

“They are not going to be getting the sort of Christmas summer holiday boost they might have expected because their opening is going to be so late,” Ms Osmond said.

“If we have any chance of getting international tourists back, you are hoping to come to lovely Sydney, of course, but you’re hoping to go to the Great Barrier Reef or Uluru or Ningaloo or the Barossa.

“We need certainty around borders for people to be planning those long-distant trips.”

Meanwhile, travellers from Singapore will be allowed back to Australia as part of a travel bubble from November 21.