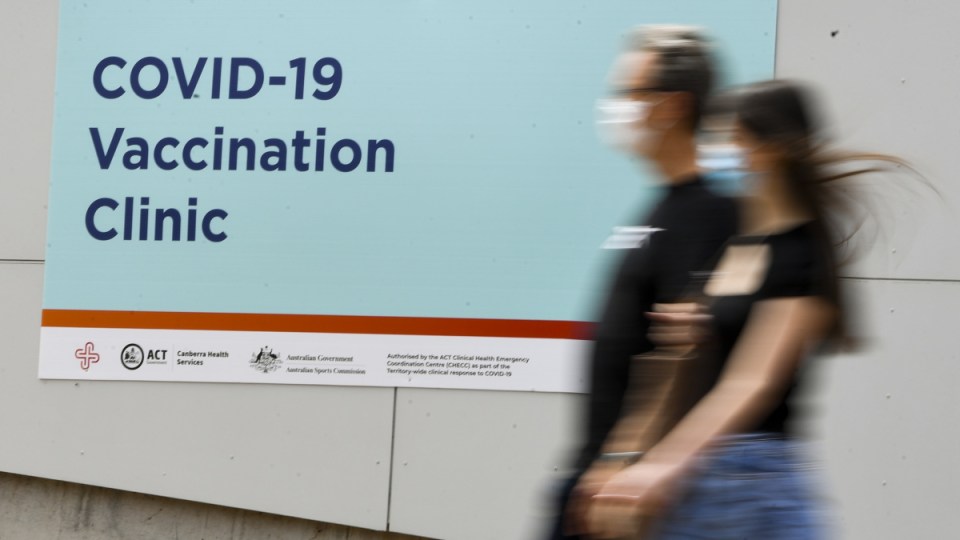 Eight new COVID-19 infections have been recorded in the ACT, as case averages continue to plummet in the national capital.

The number of COVID patients in Canberra hospitals has declined from eight to seven in the past day.

However, there was an increase in the number of patients being treated in intensive care, rising from three to four, with all four being on ventilators.

The vaccination rate for ACT residents aged 12 and over now sits at 93.2 per cent.

Health authorities said 90 per cent of the cases in Canberra since the start of the Delta outbreak in August were not fully vaccinated, while the remaining 10 per cent were breakthrough cases among those vaccinated.

Of the cases that have been admitted to hospital, 96 per cent were not fully vaccinated.

An ACT Health spokesman said the the five-day case average in the ACT continues to fall, which is now below five.

At its peak at the beginning of October, the five-day average was more than 40.

There have been 1656 cases since the start of the outbreak, 61 of those in the past week.

There are now 153 active cases in the Canberra community.