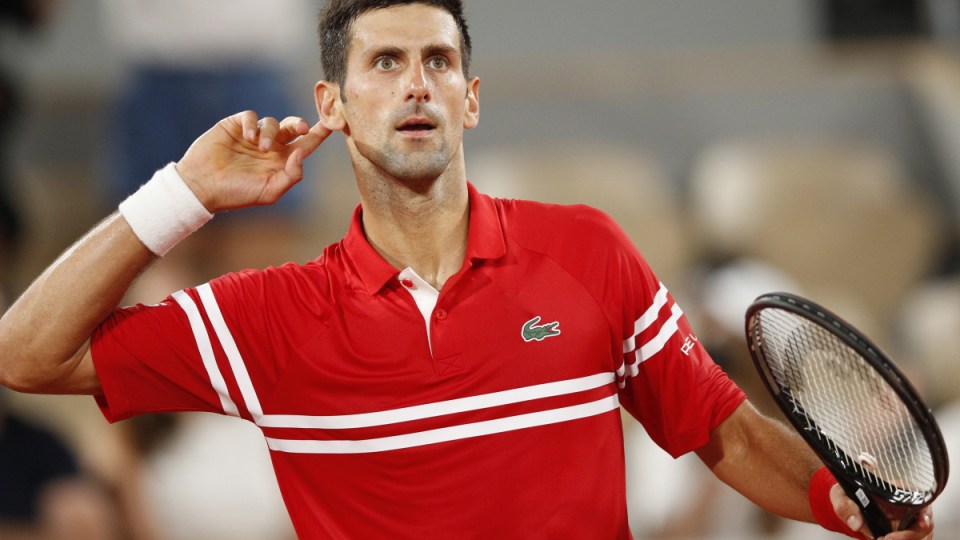 Novak Djokovic's case to remain in Australia and defend his Open title is being heard in court. Photo: AAP

Senior Victorian cabinet ministers have refused to confirm an apparent backdown on requiring tennis stars to be vaccinated to compete at next year’s Australian Open after a leaked email revealed the likely change.

The email from Tennis Australia to the WTA Players’ Council revealed that unvaccinated players would be allowed into Australia but must still endure 14 days’ hard quarantine in a hotel.

It asked players to “please keep this information confidential until the government makes an official announcement”.

However, Victorian Sports Minister Martin Pakula told Melbourne’s 3AW radio on Monday that the issue was “not settled yet, and won’t be for a couple of weeks”.

He said unvaccinated tennis players would either be denied entry to Australia, or would be subject to 14 days’ quarantine.

Later, Health Minister Martin Foley said visas were “a matter for the Commonwealth”.

“We’re working through these issues with Tennis Australia and the Commonwealth, understanding there is something like 80 per cent of the national players already vaccinate,” he said.

“The Commonwealth need to make it clear, in partnership with us and Tennis Australia, as to what those requirements are.”

Only last week, government leaders, including Immigration Minister Alex Hawke, insisted the world’s tennis stars would have to be fully vaccinated against COVID-19 to take part in the Open, casting doubt on Novak Djokovic’s participation at the Melbourne Park major.

Djokovic has repeatedly refused to reveal whether he has received a jab, having also previously expressed hope the vaccine would not become mandatory for players on the ATP circuit.

Last Tuesday, Victorian Premier Daniel Andrews said unvaccinated sports stars would be unlikely to receive a visa, while on Wednesday Mr Hawke confirmed there was no prospect of travel rules being relaxed for incoming tennis players.

“Not at this time. Our health advice is that when we open the borders, everyone that comes to Australia will have to be double vaccinated,” Hawke told ABC Radio.

But it appears the Victorian and federal governments have both completed an about-face.

“We feel the need to reach out to you all to clear up false and misleading information that has recently been spread by other parties about the conditions that players will be forced to endure at next year’s Australian Open,” the email starts.

“We have been communicating regularly with Craig [Tiley] and the Tennis Australia team in recent months and they shared some good news with us on our Players’ Council call last Friday so that you know the facts and are not confused by rumours that have been circulating.

“Tennis Australia had asked us to wait a few days as they were still working with the government on the details.

“Because Victoria’s vaccination rate will hit 80 per cent at the end of the week and 90 per cent next month, it has been confirmed that conditions for the players at the Australian Open will improve significantly.”

The email said fully-vaccinated players could arrive in Australia from December 1 and would not be required to stay in quarantine or any training bubble as they were this year.

But in addition to unvaccinated players needing to quarantine, they will be subjected to regular COVID-19 testing.

TA was expected to provide further comment later on Monday.

Unvaccinated stars may still be at Australian Open