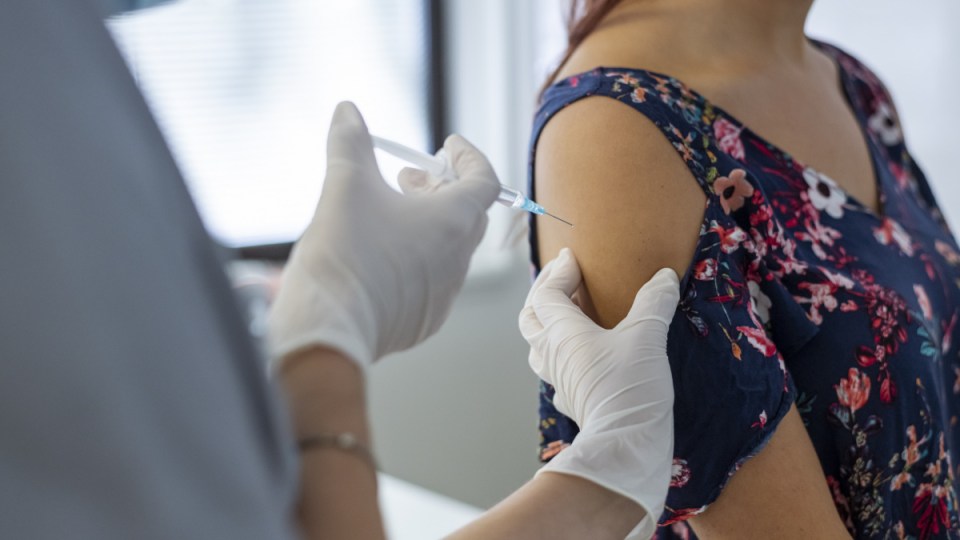 Australians could start receiving booster shots of the Pfizer vaccine as soon as next week, starting with the aged and those at high-risk in similar phases to the original rollout.

The TGA will on Monday consider Pfizer’s application for its existing jab to be used as a booster after new trial results found it restored protection to 95.6 per cent.

If the TGA gives boosters the green light, the rollout to the broader population — after the phase targeting the vulnerable — could begin before the end of the year.

Pfizer last week revealed its trial found a booster restored vaccine protection to the high levels achieved after the second dose, with efficacy of 95.6 per cent compared to those who did not receive a booster.

It was the first randomised controlled trial of a booster and involved 10,000 participants aged over 16.

“These results provide further evidence of the benefits of boosters as we aim to keep people well-protected against this disease,” said Pfizer chairman and chief executive officer Albert Bourla.

“In addition to our efforts to increase global access and uptake among the unvaccinated, we believe boosters have a critical role to play in addressing the ongoing public health threat of this pandemic.”

It’s expected Australians would be eligible for a booster six months after their second dose of Pfizer.

The precise timing and shape of the rollout would be determined by the Australian Technical Advisory Group on Immunisation (ATAGI).

Severely immunocompromised Australians are already being offered a third shot but it’s designed to raise their protection to the same level as the general population.

Meanwhile Victoria has passed its 90 per cent first dose target among (of those aged 16 and over), with 73.1 per cent fully vaccinated.

The state could hit 80 per cent full vaccination in less than a week, which will allow for more freedoms which could be revealed on Sunday.

Some 93 per cent of NSW residents aged over 16 have received their first dose of a vaccine, with 84.4 per cent fully vaccinated.

However health authorities in both states are encouraging fully vaccinated people to continue to come forward for testing if they experience any coronavirus symptoms.

The ACT leads the way as the most-vaccinated jurisdiction, with 86 per cent of residents aged over 12 now fully vaccinated, as Canberra’s retailers enjoy their first weekend of trading in months.

Meanwhile, Western Australia and Queensland continue to lag behind in the vaccine rollout.

The Sunshine State passed 60 per cent full vaccination in over-16s on Saturday, while WA is sitting at 58.9 per cent.

WA Health Minister Roger Cook hit back at the “language of us being laggards”, as he predicted the state will hit 80 per cent double-dosed by mid-December.

“We’re doing great work in Western Australia and now we need to continue to do more,” he said.

Asked if the state’s borders will open by December 25, Mr Cook said he did not want to “spoil Christmas” by making “dangerous decisions”.

“We’re looking at early in the new year in relation to relying less on our border controls,” he said.

Tasmanian Premier Peter Gutwein has flagged plans for the island state to reopen its borders, with travellers permitted from December 15.

“If you and your family are planning to celebrate Halloween this year … aim to keep the celebrations outside, provide closed packaging for treats, and instead of communal lolly bowls consider other ways to distribute your treats,” said NSW Health’s Jeremy McAnulty.

“For example, along the front fence of the house or hidden in the front yard.”

Dr McAnulty suggested families should put their efforts towards decorating their front yards and staying in the neighbourhood rather than travelling further afield.

The state reported 332 new cases on Saturday, as well as two deaths.

Cases continue to surge in the Hunter New England area, which had the highest number of infections of any health district.

Some 78 new cases were diagnosed there in the 24 hours to 8pm on Friday, above the seven-day average of 63.7 for the area.

The state’s hospital numbers continue to fall steadily, now at 469 from 482 the previous day.

Some 123 people are in intensive care, of whom the vast bulk — 96 — are unvaccinated.

Eighteen people have received one shot and nine both.

Josh Frydenberg formally concedes in Kooyong
Get jabbed or get locked up: Austria loses patience with vaccine dodgers
Today's Stories