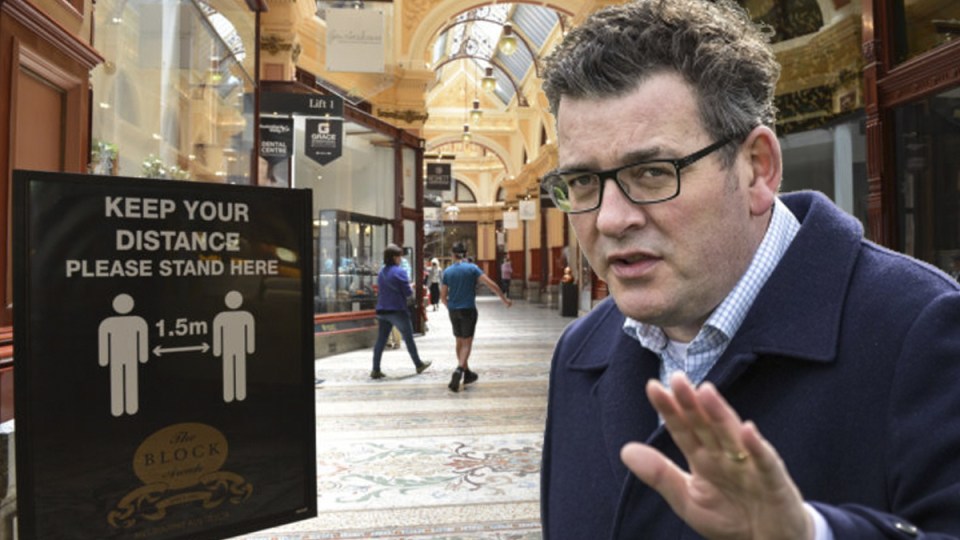 Victoria will end its sixth long-running lockdown five days earlier than planned, as the state races to its 70 per cent fully vaccinated target.

Premier Daniel Andrews made the announcement on Sunday, saying now was the time for Victorians to celebrate.

“Bring forward the haircut and tell Mum you’ll be round for dinner,” Mr Andrews tweeted after briefing reporters about the changes.

“As of 11.59pm Thursday there will be no lockdown, no restrictions on leaving home and no curfew,” Mr Andrews told reporters.

Under the state’s roadmap, the city’s current lockdown – which has run for 73 days – was due to end on October 26, the predicted date when 70 per cent of those aged over 16 are doubled-dosed.

However, Victoria is now forecast to reach that milestone as early as Thursday because of soaring second-dose rates.

Both Mr Andrews and Chief Health Officer Brett Sutton last week said they were open to taking the first step out of lockdown early, in line with reaching vaccination coverage goals.

Restrictions will ease further when 80 per cent of the eligible population has received both vaccine doses, originally projected for November 5.

Coronavirus commander Jeroen Weimar confirmed the 15-year-old girl had died while infected, as the state reported a further 1993 locally acquired cases on Saturday.