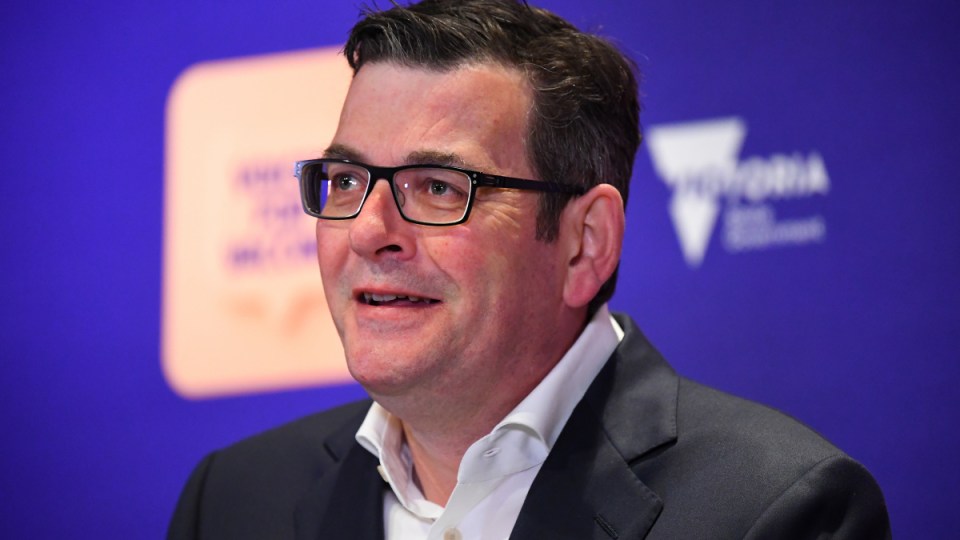 Melbourne's stay-at-home orders will end on Thursday after more than 260 days of lockdowns. Photo: AAP

Melbourne’s record-breaking lockdown will finally end on Thursday night after the state hits its 70 per cent double-dose vaccination target.

As curfews and restrictions on leaving the home are lifted, Melburnians will be allowed to have 10 visitors per day to their homes and gather in groups of up to 15 outside as part of an accelerated reopening plan.

Bars and restaurants will also reopen to higher capacity limits, but masks will remain mandatory and travel between Melbourne and regional Victoria will remain off limits.

The revised plan announced on Sunday says hospitality venues will be allowed to serve up to 20 fully vaccinated people indoors in addition to the 50 people outdoors that were already permitted in the original reopening plan.

Premier Daniel Andrews said the speed at which Victorians had rolled up their sleeves had allowed the government to bring forward the extra freedoms to 11.59pm on Thursday – Melbourne’s world-record 263rd day of COVID lockdowns.

At that point, the state is expected to have fully vaccinated 70 per cent of residents over the age of 16.

“I could not be more proud of our community coming forward [and] making these decisions to protect themselves, to protect the people they love, and to protect all of us against this global pandemic,” Mr Andrews said of the rising vaccination rates.

“Today is the day to congratulate and thank every single one of those five million Victorians who have at least got one dose.” 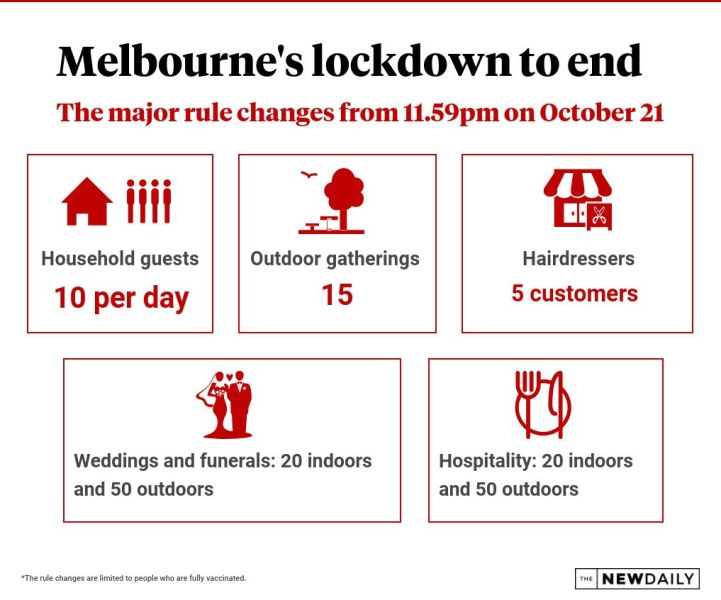 The number of active COVID cases in hospital has fallen from 798 to 777, with 151 in intensive care and 94 on ventilators.

Combined with the high vaccination rates the improved hospital situation only adds to the case for an accelerated reopening, he said.

But the Premier warned that “an unsustainable number of people” would become seriously ill if the state government brought forward to Thursday the full list of freedoms currently promised at the 80 per cent vaccination milestone. He said that would have been a step too far.

“That would put enormous pressure on our health system, our nurses, our doctors, our ambos, the whole team,” Mr Andrews said.

“It’s about people – and our nurses. Our whole team are very, very tired, because they’ve had 18 or 20 months like never before.” 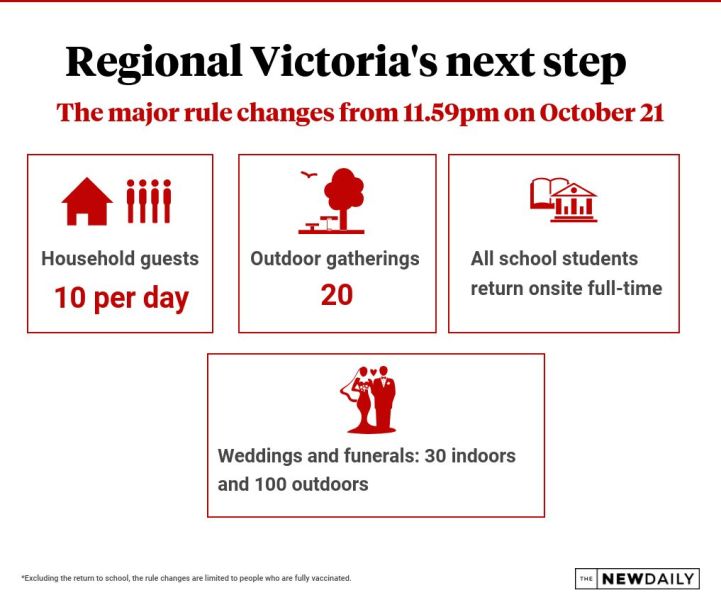 Cases to peak before Christmas: Burnet

The Premier said the revised roadmap was supported by new modelling from the Burnet Institute.

The modelling forecasts case numbers will plateau at their current levels before rising as restrictions are eased to an estimated daily peak of 3850 in mid-December. On Sunday, the state recorded 1838 local cases and seven COVID deaths.

Burnet predicted the daily caseload would have peaked at 2439 cases if no further easing was announced and at 4900 if the 80 per cent reopening step was brought forward to Thursday.

As for deaths, the revised modelling projects 1212 people will die from COVID-19 between July and December.

It estimated 940 would have died had no changes been announced and 1373 had the 80 per cent stage been brought forward.

Burnet estimates the chances of overwhelming the health system have fallen from 63 per cent to 23 per cent as Victorians become less ill than expected.

“With the very high vaccination coverage, our health system – which will continue to have significant challenges – will cope,” chief health officer Professor Brett Sutton said.

Mr Andrews said 90 per cent of COVID patients in hospital and 97 per cent of those in intensive care “were not fully vaccinated”.

“Nothing tells the story of the power and the protection of vaccination more than those stats,” he said.

“And they’re not numbers – they’re people that are very, very unwell, some of whom are gravely unwell, gasping for air.

“So there’s every reason to get vaccinated – just like so many millions of Victorians already have.”

The rules changing  at 11.59pm on Thursday

Victoria’s lockdowns are ending. Here’s what rules are changing on Thursday night