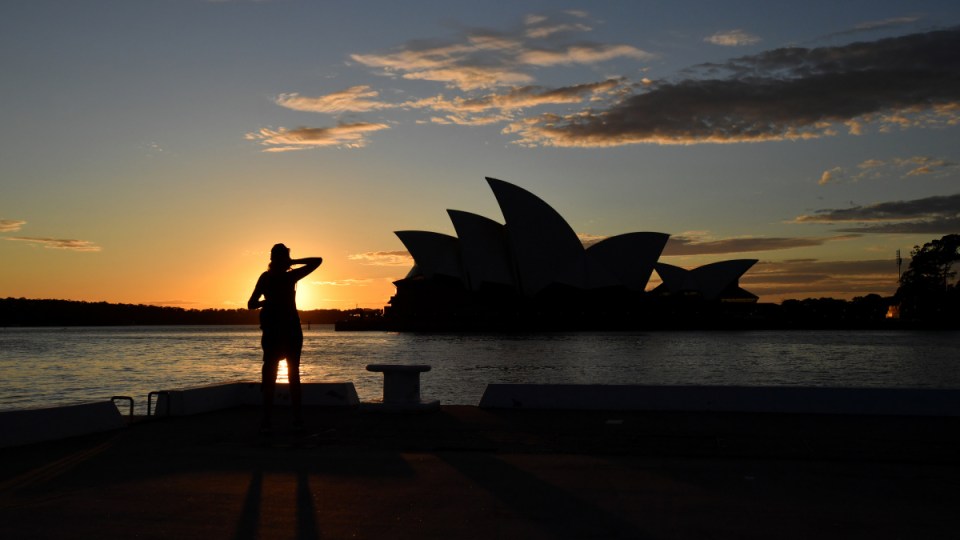 Last Monday, Sydney emerged from a lockdown of more than 100 days after reaching the milestone of having 70 per cent of the over-16 population fully vaccinated.

Modelling predicted New South Wales would “open up” with around 1,900 daily cases when this target was reached.

However, the state recorded just 496 new local cases on that day. And the current seven-day average for NSW is 488 cases, with numbers trending downwards.

What’s more, other modelling suggested COVID-19 hospitalisations would peak between 2,200 and 4,000 in greater Sydney in late September.

On September 21, peak COVID hospital occupancy for all of NSW was 1,268 patients. There are currently 711 COVID patients hospitalised in NSW, as of October 14.

This difference may account for the disparity between the actual NSW hospitalisation numbers and those predicted based on the current vaccine rollout.

The second reason for the current NSW situation could be a concept we’ve termed “protection in real-time”.

The rapid pace of vaccine uptake during NSW’s Delta wave ensured there was a large proportion of recent vaccines within the population.

This may offset the impact of waning vaccine immunity.

Optimal immunity after vaccination occurs at about two weeks after getting the second dose. But a partial protective effect of vaccination with Pfizer was apparent in clinical trials as early as 12 days after the first dose.

In addition, protection against severe infection may only require a lower level of immune response after vaccination.

How has this played out overseas?

The protection in real-time concept can be used to explain the impact of vaccination in other countries, which may provide a “real world” perspective of the future of the pandemic in Australia.

Denmark reached 25 per cent vaccination of the total population before the arrival of the Delta variant. During the Delta wave there were reduced hospitalisations and deaths compared to previous waves and a dissociation between case numbers and deaths.

NSW’s achievement of reaching the 70 per cent threshold last week actually equates to around 56 per cent of the total population of NSW. At the peak of its Delta wave in July, Denmark reached 50 per cent vaccination coverage of the entire population.

The restrictions in place at this time in Denmark were requiring proof of vaccination, past infection or a recent negative COVID test to enter certain indoor settings, such as restaurants and cinemas.

With a population size similar to greater Sydney, the coming months in Denmark may serve as an important comparison as to how the pandemic may unfold in Australia.

Similarly in Singapore, vaccination rates are high, at around 80 per cent of the total population, and the pace of the vaccine rollout is very similar to Denmark.

Singapore has seen a recent spike in cases since the relaxation of restrictions, with case numbers at their highest. However, 98 per cent of these cases are mild or asymptomatic. This suggests vaccines are having a major impact on lessening the severity of COVID, but a less pronounced ability to completely interrupt disease transmission.

Another example of the impact of real-time protection is the situation in Israel. Israel is often used as as the benchmark of vaccine effectiveness. Its vaccine program involved a rapid rollout of mRNA vaccines, predominately Pfizer’s. Initial studies in the country found the vaccine had high effectiveness against symptomatic COVID-19 and hospitalisation.

However, the arrival of Delta in Israel resulted in a large increase in COVID-19 cases with accompanying spikes in hospitalisations and deaths.

While this may provide some insight into the impact of Delta in Australia, there are key differences.

What can Israel teach Australia?

Israel saw a large proportion of the eligible population vaccinated quickly. Around 50 per cent of the total population was fully vaccinated by mid-March. But after this, there was a marked slow-down in uptake.

Thus, a combination of waning immunity and a large unvaccinated population may have exposed Israel to Delta.

While the Pfizer vaccine demonstrates excellent effectiveness against severe COVID-19, recent evidence from Israel suggests some waning of protection against severe disease over time, which prompted the introduction of the country’s booster program in July. A third dose was initially offered to over-60s, before being extended to everyone aged 12 and over.

In Australia, the widespread rollout of booster shots in the near future would be premature. The priority now is to get everyone eligible fully vaccinated, and consider boosters for targeted groups.

A number of countries are now doing this and it looks like an excellent strategy. Can I get AstraZeneca now and Pfizer later? Why mixing and matching COVID vaccines could help solve many rollout problems https://t.co/RvtC5HXBCf via @ConversationEDU

The federal government announced last week booster shots would be available to Australians who are “severely immunocompromised” from this week.

Governments should also consider a “mix and match” approach of booster shots. This strategy is being pursued in the UK, based on evidence that combining different vaccines may lead to stronger immunity.