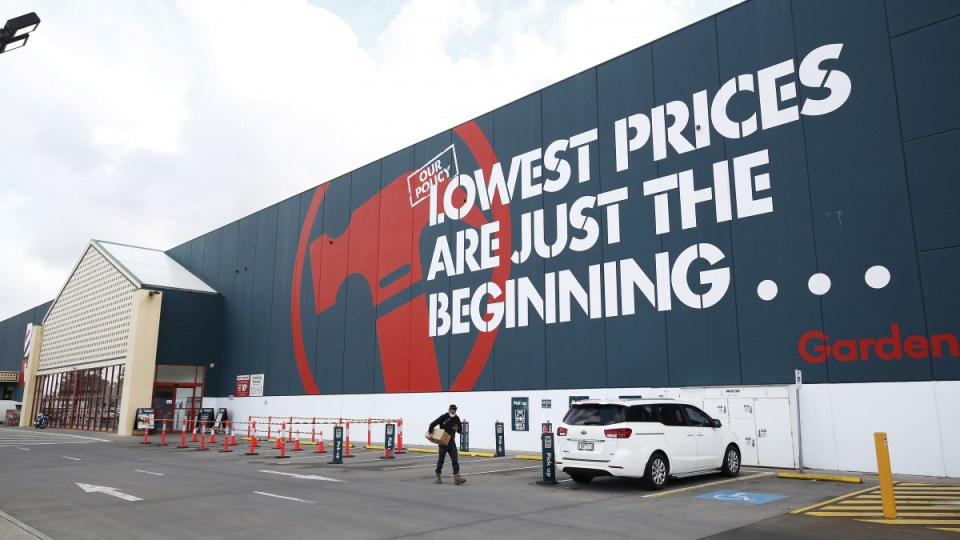 Some Bunnings Australia customers have had their data exposed in an international cyber attack. Photo: Getty

The Queensland government will roll out COVID vaccines at Bunnings stores to boost uptake as the state prepares to eventually reopen the borders.

Premier Annastacia Palaszczuk said her government was finding new ways to bring protection to Queenslanders, and vaccine clinics will begin at Bunnings retailers this weekend.

“Families can get their Bunnings sausage and a dose of vaccine,” she told state parliament on Tuesday.

The vaccine push comes as Queensland confirmed another day without local virus cases on Tuesday, with one detected in hotel quarantine and three on a marine vessel.

A total of 16,628 vaccines were administered across the state on Monday, and 8929 tests undertaken.

Queensland has also reached a significant milestone in its vaccination push as the state hit 70 per cent with one dose on Monday and 52.7 per cent fully inoculated.

Ms Palaszczuk paid tribute to the Queenslanders who came forward for testing as other states have been ravaged by the Delta variant.

Since NSW and Victoria entered into lockdowns, 1,745,000 tests have been recorded in 118 days, while 156 vaccination clinics have opened, delivering 2.8 million vaccines.

More than two dozen Bunnings sites have been identified across the state, stretching from the Gold Coast, inland to Dalby and as far north as Cairns to boost the state’s jab rate.

A home quarantine trial for 1000 stranded residents has also begun as the government begins to address plans for re-opening.

Health Minister Yvette D’Ath wants Queenslanders to return home safely from interstate hotspots, and the trial will be expanded if successful.

“Sadly the NSW cluster that commenced on the 16th of June, yesterday, reached a very concerning milestone – 100,018 positive cases for one cluster across four jurisdictions, 538 deaths,” she told parliament.

“But of course, this doesn’t count the ones that have already been reported today. In total, Queensland has had 2067 cases.

“It is important that we do everything we can to implement strategies that will help manage the virus in our state.”

Ms D’Ath said the home quarantine trial offered an opportunity to evaluate the effectiveness of the program and how it could be expanded.

It is the first sign of the government’s plan for allowing interstate travellers back into Queensland, after Ms D’Ath on Monday issued the call for more Queenslander’s to get vaccinated.

“The next five to six weeks are crucial,” she said.

“That is your mission. Get yourself protected and that helps protect our whole community and allows us to open up.”

There are 33 active COVID-19 cases in Queensland.