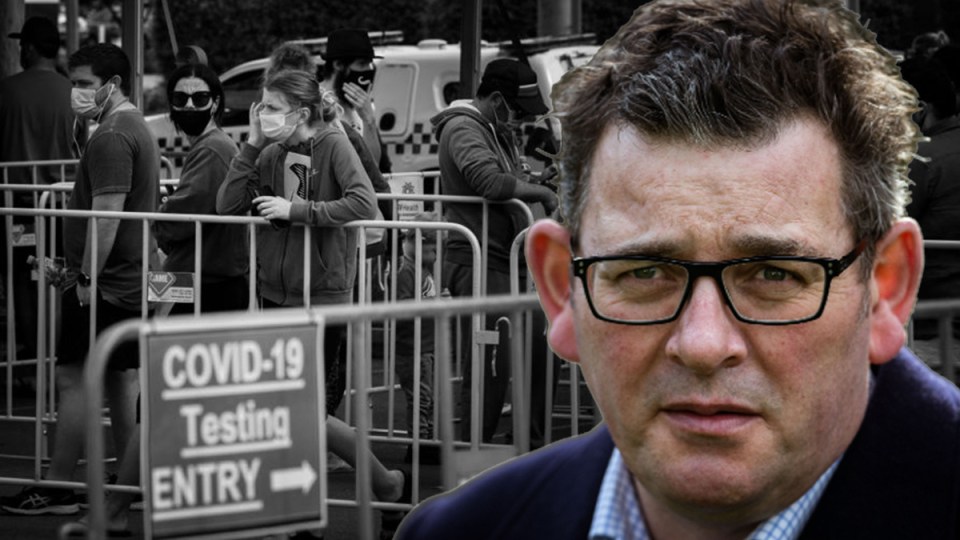 Victoria has recorded 1488 new cases of coronavirus and two more people with COVID-19 have died.

The health department confirmed 71,224 Victorians were tested for the virus in the 24 hours to Saturday morning, and 36,878 vaccinations were administered.

There are now 11,591 active infections in the state.

More information on the new cases and two deaths is expected later on Saturday.

It comes as residents in two regional Victorian towns awake on Saturday to their first day of seven under a fresh lockdown.

Shepparton and Moorabool were plunged back into lockdown at 11:59pm on Friday to contain growing cases.

Shepparton’s active cases have grown to 24, with Moorabool currently dealing with 32 cases.

No jab, no job

Meanwhile, hundreds of thousands of Victorians have been issued an ultimatum: get vaccinated for COVID-19 in two weeks or risk losing your job.

All Victorian authorised workers must have their first vaccine dose by October 15 and a second by November 26 to keep working onsite, as part of a new statewide mandate.

Of the 1.25 million estimated authorised workers in the state, Premier Daniel Andrews says more than a million have already had their first dose.

The government plans to consult with certain industries such as energy, waste management and faith leaders but Mr Andrews flagged there would be few exemptions.

Mr Andrews played down the possibility the broader mandate could spark more anti-vaccine protests, with another three demonstrators arrested on Friday.

“I’m not taking lectures on freedom from people who will hold all of us back,” he said.

The Pharmaceutical Society of Australia also labelled it a “step in the right direction”.

But the Victorian opposition is demanding the public health advice behind the expanded mandate be publicly released.

“It has all the appearance of panic,” Shadow Treasurer David Davis said.

The state government has also revealed its plan to restart the construction industry from Tuesday after a two-week shutdown in Melbourne and other locked-down regions.

Gunman at large after mass murder at Fourth of July parade
‘Impressive data’: Push to fast-track COVID pill that appears to cut deaths by half
Today's Stories