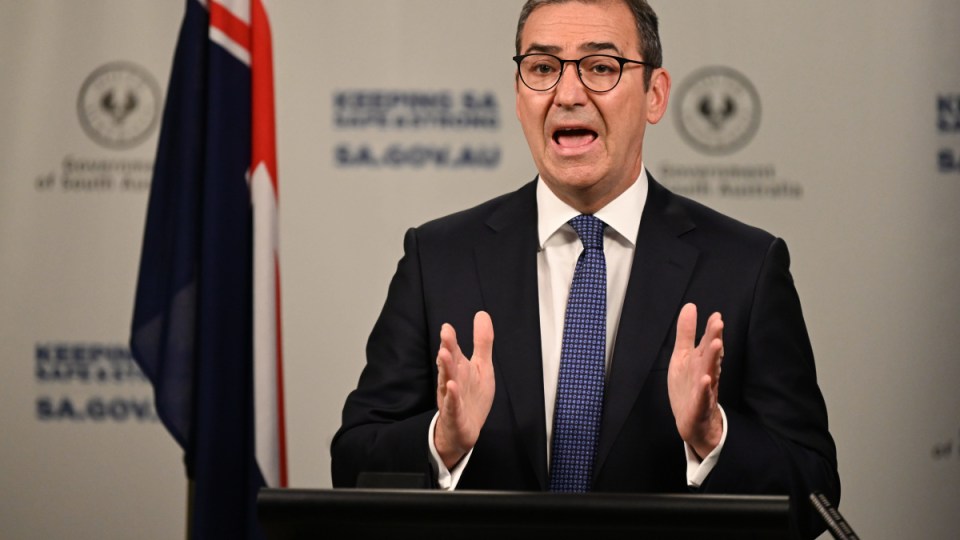 A South Australian truck driver has tested positive for COVID-19, with the case picked up following a test at Tailem Bend, east of Adelaide.

Chief public health officer Nicola Spurrier said the man, in his 20s, routinely drove across the SA border and had tested negative on September 26.

He was tested again on Wednesday night with the positive result returned on Thursday morning.

While he lives in Adelaide, he is currently in Victoria and complying with that state’s isolation requirements.

He has already received one dose of a coronavirus vaccine and was due to have his second dose later this week.

Professor Spurrier said further testing had identified the man’s case had been caught early in his infectious period and tests on his family, including his wife and young child, had all come back negative.

They have all been placed in home quarantine.

“I’m very hopeful we won’t have any community transmission as a result of this,” she said.

However, five petrol stations have been identified as potential tier-one exposure sites and anybody who visited at the same time as the truck driver must also go into insolation and get tested.

The case came after Premier Steven Marshall said authorities were becoming increasingly concerned with the growing number of coronavirus cases in Victoria and reports of new cases in Queensland.

SA has imposed new travel restrictions for people coming from Brisbane, the Gold Coast and nearby areas with arrivals required to get tested and isolate until they receive a negative result.

A hard border remains in place with Victoria, where 1438 new virus infections were reported on Thursday.

Mr Marshall said while it was up to everyone to make their own arrangements, it was his strong message for people to reconsider their need to travel to Queensland.

“The fact that there were six new cases in Queensland today should be ringing some alarm bells,” he said.

“We will have to move quickly if we need to keep the Delta strain out of South Australia.”

But the premier said while it was too early to tell what arrangements might be in place come Christmas, South Australia remained committed to ending the need for statewide lockdowns and whole-of-state lockouts.

He said the best way forward was for as many people as possible to get vaccinated against the virus.

Mr Marshall said he expected SA to hit 50 per cent of eligible people being double vaccinated on Friday.