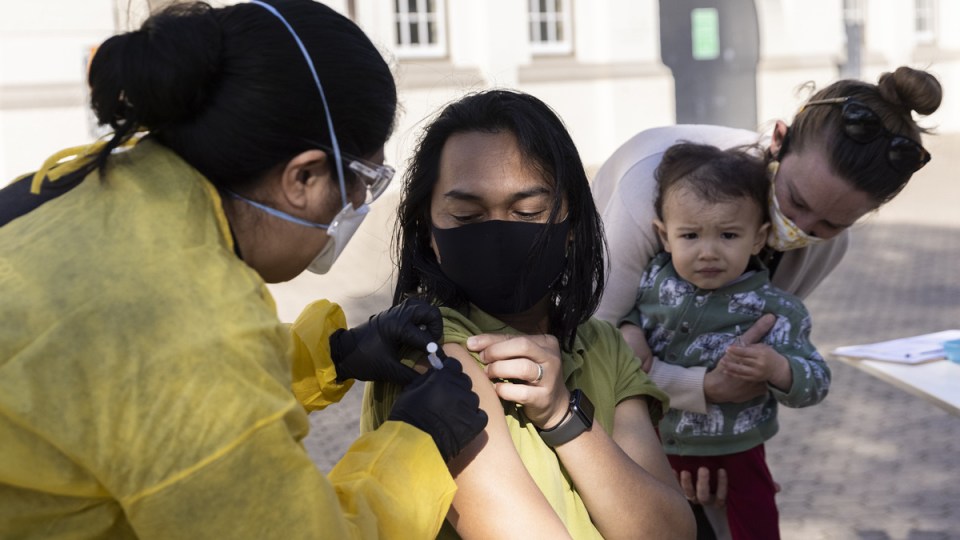 Opponents to vaccine mandates have inundated a NSW judge’s office with calls and emails, leading to a warning they risk interfering with the administration of justice.

Two separate challenges to vaccine mandates for particular workers are due to be heard urgently in the NSW Supreme Court on Thursday.

But at a directions hearing on Tuesday, Justice Robert Beech-Jones said that because his chambers “has been inundated with emails, the legitimate ones can’t get through”.

It coincides with dozens of callouts in anti-vaccine groups to contact Justice Beech-Jones about their views.

One was shared in an official supporter group for One Nation Senator Malcolm Roberts on an encrypted messaging app and viewed 40,000 times.

“If a million of us email Justice Beech-Jones, it has to have an influence on his decision knowing a million people are deadset against mandatory vaccination,” it claims.

The same message was also shared by a former One Nation senator and shared repeatedly in a group of supporters for one plaintiff involved in a later court challenge.

A court spokeswoman later confirmed more than 1800 emails had been received by the judge’s chambers from people interested but not involved in the proceedings.

Addressing the authors of such emails in open court, Justice Beech-Jones said: “Please understand I will not read any of your emails or take any of your calls.”

Each of the court challenges claims NSW Health Minister Brad Hazzard could not have reasonably formed the view that each vaccine mandate was necessary.

There are also constitutional claims and a bid to show parliament would not have intended to give the health minister “the powers to breach bodily integrity” without clear legislative indication.

Lawyers for Northern Rivers woman Natasha Henry and five other plaintiffs are relying on two experts while eight experts have prepared statements for those behind the challenge mounted by construction worker Al-Munir Kassam and three others, the court was told.

It will call deputy chief health officer Marianne Gale and another expert to give evidence on Thursday.

Meanwhile, another set of vaccine mandate challenges brought by paramedic and deputy mayor John Larter and a security guard will be heard in November.