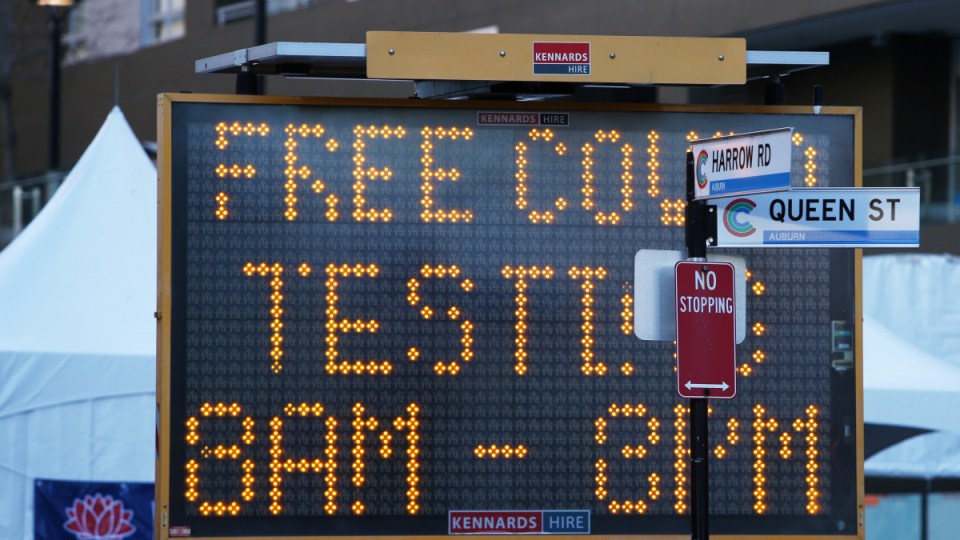 COVID testing turned up a further 779 cases as Victoria continues to lose ground to the virus. Photo: Getty

Victoria has recorded 779 new locally acquired COVID-19 infections and two further deaths as a result of the virus.

The state now has more than 8000 active cases.

Some 34,280 vaccine doses were administered across Victoria in the 24 hours to Saturday evening. More than 46,000 virus tests were conducted in the same period.

Meanwhile, the city of Geelong is poised to learn its lockdown fate.

Health Minister Martin Foley confirmed on Saturday restrictions would ease on the state’s Surf Coast from midnight on Sunday, while Greater Geelong and Mitchell Shire remained under review.

All three regions were plunged into lockdown a week ago after positive coronavirus cases emerged.

Mr Foley said the outlook for Geelong was “relatively positive” but Mitchell Shire – which recorded seven new cases on Saturday – is likely to remain locked down.

Victoria recorded 847 new locally acquired virus cases across the state on Saturday – its highest daily tally – and another death.

Of 7611 active cases tallied up to Friday evening, 321 were in hospital with 65 in intensive care and 45 on ventilators.

COVID-19 hospital patient numbers jumped 55 per cent over the past week and 124 per cent across the past fortnight.

“Elective surgery, particularly non-urgent election surgery, is clearly on the table to pause and to delay,” he said.

COVID-19 Commander Jeroen Weimar estimates about 45 per cent of Victorians catching the virus in homes are socially interacting with other households when they shouldn’t be.

That pattern had health authorities spooked that some would defy stay-at-home orders for Saturday night’s AFL decider between Melbourne and the Western Bulldogs.

The Bulldogs’ headquarters, Whitten Oval, will be transformed into a pop-up vaccination hub next weekend, with 2000 Pfizer jab bookings up for grabs online from Monday.

Meanwhile, police snuffed out a sixth day of anti-lockdown and anti-vaccine protests in Melbourne on Saturday, dispersing and arresting would-be demonstrators in St Kilda.

Organisers on an encrypted messaging platform have made vague plans for more protests on Sunday.