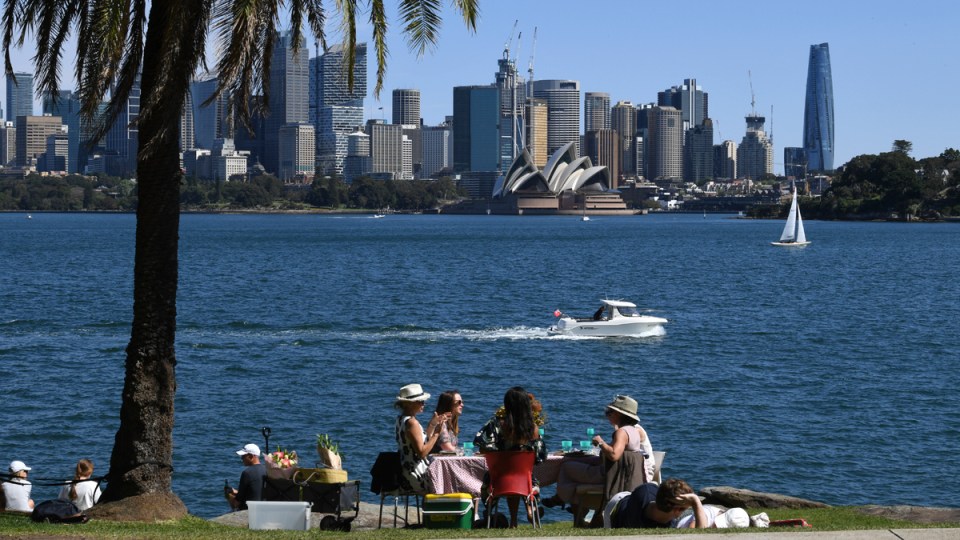 At least 84 per cent of NSW residents have had at least one COVID-19 vaccine dose, and more than 57 per cent are fully vaccinated. Photo: Getty

Three died at home and were only diagnosed with COVID-19 after their deaths.

NSW Health’s Dr Jeremy McAnulty said the deaths at home showed the importance of getting tested.

“If your condition deteriorates, call a doctor sooner rather than later, get medical help,” he said on Saturday.

Greater Sydney and much of the state remains locked down as authorities battle to contain the spread of the virulent Delta strain of the virus.

The “challenging question” of when unvaccinated people can once again take part in day-to-day life remains undecided by the NSW government, but the state’s treasurer says things should “open up” once everyone has been offered two jabs.

Treasurer Dominic Perrottet said he does not want a “two-tiered society” in NSW.

“Once every single person in this state has had the opportunity be vaccinated with two doses then we should open up for everyone,” Mr Perrottet told Sydney radio 2GB on Friday afternoon.

“It’s really important the NSW government is singing from the same song sheet and continues to encourage people to get vaccinated,” Mr Minns said.

The freedoms to be reinstated once the state reaches the 70 per cent target next month are limited to those who are fully vaccinated.

Those who have not received two jabs will not be able to attend restaurants, shops, pubs and other places that are set to reopen.

Currently, 84 per cent of NSW residents have had at least one COVID-19 vaccine dose, and more than 57 per cent are fully vaccinated.

One-third of NSW children aged between 12 and 15 have already been vaccinated despite being eligible for the jab for less than a fortnight.

Minister for Planning and Public Spaces Rob Stokes said rules restricting alcohol at sites managed by Placemaking NSW will be put on hold until October 31.

“After an incredibly tough winter, people who have followed COVID rules and received both jabs deserve to enjoy a beer or wine responsibly,” Mr Stokes said in a statement on Friday afternoon.