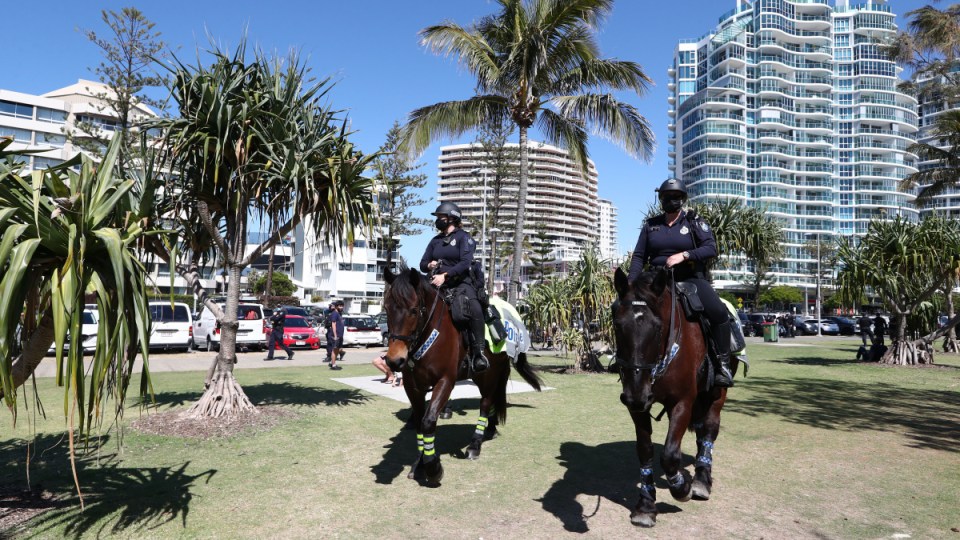 The only new virus case was already in isolation.

A group of Queenslanders will take to the streets to protest against opening the state border prematurely, saying the push to open up is being driven by business rather than public health.

The Health before Profits group is set to rally in support of public health workers and COVID-19 restrictions, including lockdowns and state border closures, in the Brisbane CBD at 5.30pm on Friday.

Spokesman Duncan Hart says the group wants to show public support for the Queensland government’s measures and to respond to the “far right anti-health marches” in Melbourne this week.

He says the idea of “living with COVID” was being foisted upon the rest of the country by NSW Premier Gladys Berejikilian and the federal coalition government.

“This is despite most states living largely freely precisely because we have kept COVID out and acted with a swiftness sorely lacking in NSW to eliminate outbreaks when they have occurred,” Mr Hart said.

“This is a blatant prioritisation of the profits of business in Australia over the needs of public health which risks seeing the country go down the path of the UK and USA where hundreds of daily deaths have become the new normal.”

The Health before Profits group believes vaccination coverage targets used by the Doherty Institute modelling for the national plan to reopen are misleading because they do not cover the entire population.

Mr Hart said 70 per cent of eligible people being vaccinated was only 56 per cent of the total population and easing restrictions at that level will put unvaccinated children, Indigenous communities, and disabled people at risk.

“This is a callous and horrific goal to aim for,” he said.

“Even while still in lockdown, in NSW today we can observe the health system at breaking point.”

“We want to echo recent concerns raised by health workers’ unions across Victoria regarding their hospitals being overwhelmed by COVID patients should any easing of restrictions occur while millions are still unvaccinated.”

Mr Hart said authorities and the general public should be using vaccines and health restrictions to eliminate the virus instead.

Protest against Qld reopening too soon