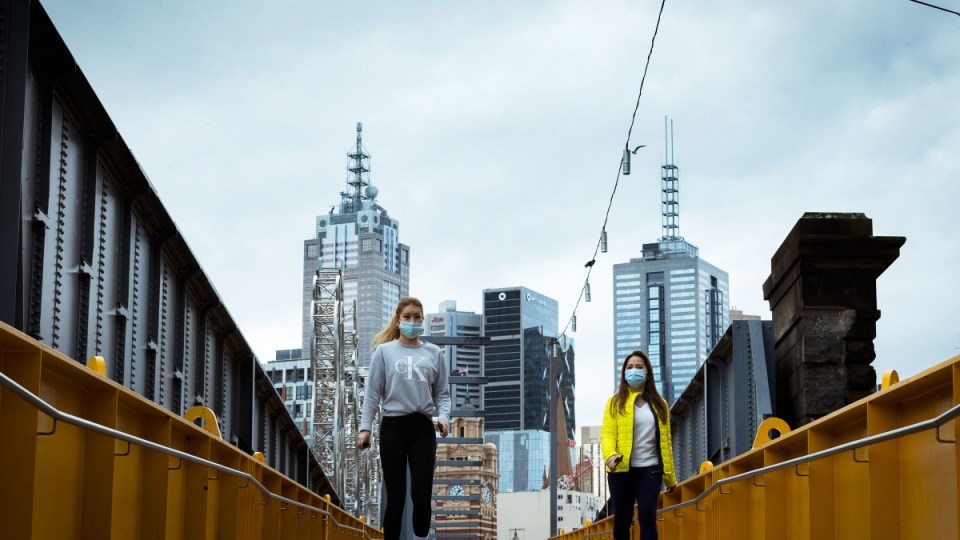 Victoria and NSW's modelling to reopen comes with a bleak outlook. Photo: Getty

Australia’s two biggest states have announced their COVID-19 reopening plans, with new modelling from the Burnet Institute at the heart of their roadmaps to freedom.

Victoria on Sunday confirmed it would implement the strategy provided by the institute to reach the national plan of 70 per cent fully vaccinated Australians, after the NSW government adhered to the Burnet advice two weeks prior.

But what are the current estimations of the influx of cases, hospitalisations and deaths in each state as they reopen?

Read below to find out what the Burnet Institute’s modelling means for each state.

Victoria’s hospitals to be overwhelmed: Modelling

According to the modelling conducted for the Victorian government, the state has a 63 per cent chance of exceeding its hospital and ICU capacity under the roadmap scenario.

Based on the current epidemic growth rate, a peak in seven-day average daily diagnoses of 1400 to 2900 is estimated to occur between October 19 and 31.

The modelling predicts a second, larger peak of cases around mid-December, as a direct result of increased transmission due to the easing of restrictions.

The modelling also estimates between 1455 and 3152 Victorians will die from COVID-19 between July and December.

Chair of Biostatistics and Epidemiology at the University of South Australia, Adrian Esterman, said although the roadmap brings additional risk to Victorians, it is a delicate balance between minimising transmission and allowing people to return to normal life.

Professor Esterman said Victorians could avoid the bleak scenarios above by only easing restrictions gradually, which he noted the state was doing.

“If that’s the sort of order of magnitude we are talking about, then it’s really a balance of opening up and how much risk and death you’re willing to accept,” Professor Esterman told The New Daily.

“The roadmap in Victoria is what I consider to be ideal – it’s very carefully graded, so that the restrictions to be released early are the ones least likely to increase transmission,” he said.

“It’s been done in such a way that, yes, as you relax restrictions you will see numbers go up, but it’s not going to be so much that it’s going to totally swamp the Victorian hospital system.

“That’s exactly what the Victorian roadmap is doing.”

The Burnet Institute’s modelling also predicts more optimistic outlooks for Victorians, with high rates of symptomatic testing among people who are vaccinated, which could reduce the impact on the health system.

But the report says “this may be difficult to achieve in practice”.

Professor Esterman said the scenarios were a guide, and warned against putting too much faith in the predicted figures.

“The general public needs to be informed that these models do help us. They help us do the what-if scenarios. But [they should] not put too much faith in the actual numbers,” he said.

Professor Esterman was less optimistic about NSW’s roadmap to freedom and the state’s “unclear” modelling, which focuses mainly on the 12 LGAs of concern.

Corresponding peaks in hospital demands were 1200 to 2500 in the 12 LGAs of concern.

It also found that in those areas, without any restrictions being introduced or additional Pfizer doses, there would have been an estimated 589,817 and 5808 cumulative diagnoses and deaths respectively between June and December.

The extra Pfizer doses were estimated to have averted an additional 24,267 diagnoses and 254 deaths.

Restrictions, combined with the original vaccine rollout, averted an estimated 488,020 infections and 4830 deaths, the modelling found.

Further modelling for NSW released last Tuesday showed there was a marked and significant decrease in the growth of the outbreak in the 12 LGAs of concern, starting a week after tougher restrictions were introduced on August 23.

Without stricter measures, the institute predicted roughly 2000 cases per day by mid-September, and about 4000 per day by the end of the month.

Instead, there are fewer than 1000 cases per day currently in these 12 LGAs.

The modelling also found that while vaccination rates had steadily risen in the 12 LGAs from August 23 to September 9, they were not the reason behind NSW’s plateau.

Burnet calculated the increased vaccination rates only reduced the transmission of COVID-19 by about 9 per cent in these areas, taking into account that it takes about two weeks for vaccination to be fully effective.

It said that this was nowhere near enough to account for the dramatic change in case numbers.

Professor Esterman said deaths in NSW should peak in the next couple of weeks, as the state follows the Doherty modelling out of lockdown.

The Doherty modelling says, with ‘optimal’ tracing, testing, isolation and quarantine (TTIQ) and adult vaccination rates above 70 per cent, “high” public health measures (like lockdowns) “would be needed rarely, if at all”.

“NSW is of more concern to me because although they are doing a similar thing in sort of a staged relaxation of restrictions, it’s faster than Victoria,” Professor Esterman said.

“If you look at the percentage of people in NSW who are fully vaccinated, even when you get up to 80 per cent it still leaves about 1.2 million unvaccinated people.

“That’s an awful lot of people to get infected. And then a chunk of those getting sick and dying.”