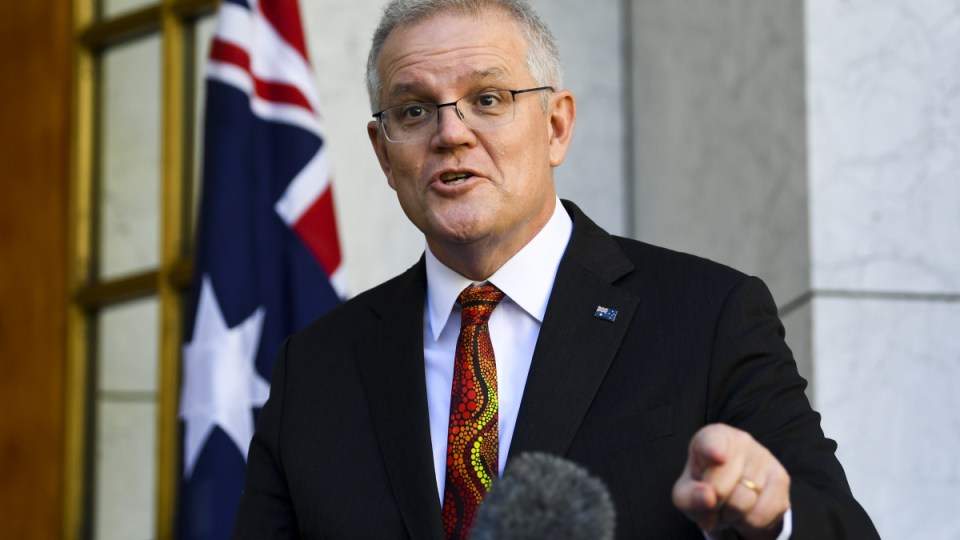 On Tuesday, he said negative economic and mental health impacts would outweigh benefits when 70 and 80 per cent immunisation coverage was reached.

“That’s the advice, that’s the basis for the plan. We’ve all signed up to it, we need to get on with it,” he told the Seven Network.

Queensland Premier Annastacia Palaszczuk has argued the initial research was based on having 30 cases in the community.

The Doherty Institute will provide updated advice to national cabinet on Friday.

Mr Morrison said he was briefed at the weekend that higher case loads would not affect the reopening targets.

In a statement, the Doherty Institute said opening up at hundreds of cases nationally a day would be possible at 70 per cent vaccination coverage.

“However, we will need vigilant public health interventions with higher case loads,” it said.

The institute said hitting that vaccination rate would make it easier to live with the virus, similar to the flu.

“However, it won’t be possible to maintain a situation where there are no cases at all.”

Mr Morrison is optimistic the Queensland government won’t follow through on keeping its border shut with NSW if high case numbers continue.

“It doesn’t matter whether it’s 30 cases or 800 cases, the conclusions are the same and that’s what the Doherty Institute said last night,” he told the Nine Network.

He dismissed the federal-state bickering as a “bit of noise” with the vaccination targets still months away from being reached.

“We can’t stay in the cave and we can get out of it safely.”

Epidemiologist Tony Blakely said Australia would have to learn to deal with high case numbers.

“But so many of them will be vaccinated and just be mild breakthrough infections.”

Australian National University researchers argue at least 90 per cent of all Australians, including children, must be vaccinated before fully relaxing public health measures and opening the international border.

“We found substantial morbidity and mortality is likely to occur if the Australian government sticks to the national plan,” Professor Quentin Grafton said.

The Doherty modelling calls for gradual steps at 70 and 80 per cent with high-quality preventative measures remaining in place.

Australia has fully vaccinated 30.27 per cent of its population aged 16 and over and 52.78 have received one jab.

Victoria is having a hard time getting on top of an outbreak with 50 new cases on Tuesday. There were also another 16 in the ACT, which remains in lockdown.

‘We need to get on with it’: PM backs Doherty’s 70 per cent plan