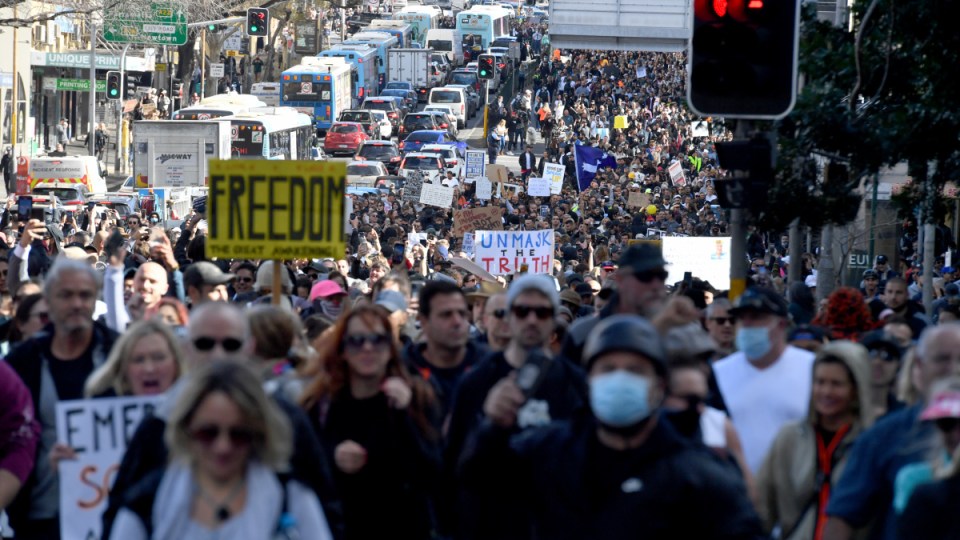 An alleged leader and organiser of a proposed anti-lockdown protest in central Sydney this weekend has been arrested for failing to comply with NSW public health orders.

NSW Police say he was staying at a North Sydney hotel but was found on Thursday afternoon at Hornsby train station.

He allegedly told officers he was lost and couldn’t give a reasonable excuse for travelling to Hornsby.

The man has been charged with failing to comply with public health orders, encouraging the commission of crimes and making false representations prompting police involvement.

NSW Police and the government have urged all residents to not attend any planned protests amid COVID-19 lockdown.