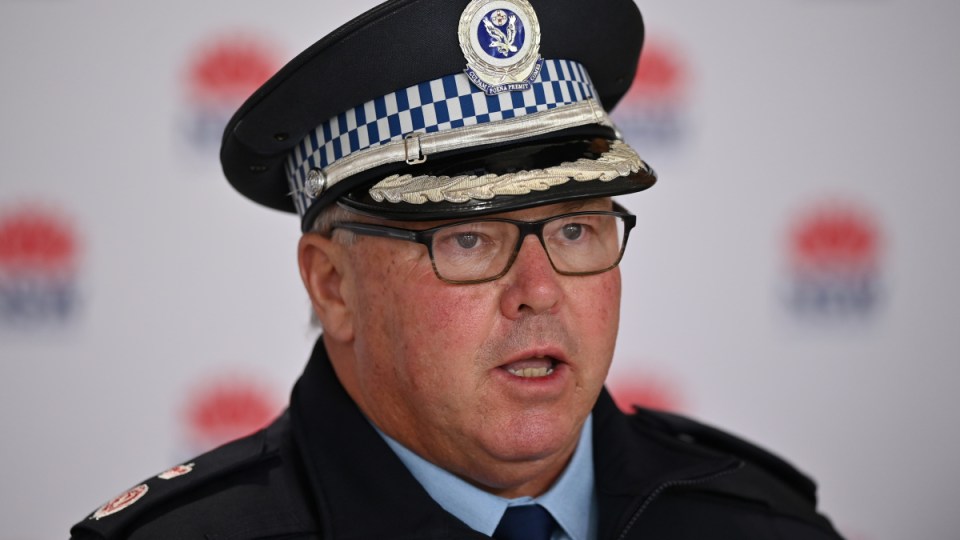 A Bondi man who travelled to south-west Sydney four times despite restrictions has been arrested as hundreds of people are fined for flouting NSW public health orders.

NSW police fined 671 people in the 24 hours to 8pm on Wednesday with 393 going to those who were nabbed outside their home without a reasonable excuse.

Deputy Police Commissioner Gary Worboys said it was a terribly concerning number after the state recorded another record-breaking day of 681 COVID-19 cases.

Mr Worboys said the eastern suburbs man was charged and remains in custody after he was refused bail, after police caught him in the local government area of concern for the fourth time.

“Of course his time is up,” he said on Thursday.

A group of young men in the western suburb of Smithfield were also fined after setting up a soccer field and playing a game together.

“They absolutely knew that they were doing the wrong thing. They were issued with infringement notices and told to go back to their residences,” Mr Worboys said.

“It is not just about the person themselves, it is about their family, their community, about people who openly go outside of the orders and put everyone at risk, and continue to keep us in this lockdown situation longer than what we might normally do.”

Eight workers from Sydney local government COVID hotspots have also been fined for travelling to the south coast to work on a unit complex.

Five men had already been fined for the incident after workers were caught running from the construction site and into a nearby carpark.

The union warned such behaviour was risking the entire industry.

“There is no room for complacency in the construction industry in NSW during this pandemic”, CFMEU NSW Construction Secretary Darren Greenfield said.

“The builder, Orwell Constructions, has publicly stated they have all safety protocols in place but in reality they are flouting the rules and putting at risk the ability of the entire industry to continue to operate.”

“The union has also been informed workers on the Mickon Construction site in Lidcombe were not wearing masks and not social distancing.”

Naomi Osaka ‘not sure I play Wimbledon’ after French Open loss
Alert over ‘unexpected detections’, as Melbourne marks 200 days in lockdown
Today's Stories