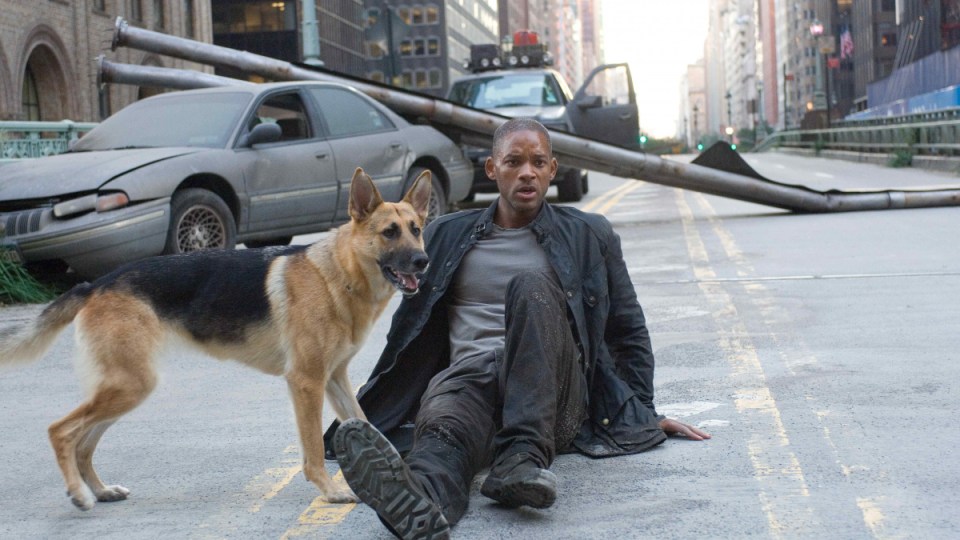 The co-writer of I Am Legend has been forced to confirm his plot was unrelated to dodgy vaccines. Photo: AAP

What do I Am Legend, JFK’s nephew and pretending to be vegan have in common?

All three are playing major roles in the global anti-vaxxer movement.

It comes as misinformation spread online takes an absurd twist, with one of the writers of 2007’s I am Legend being forced to clarify his zombie-based plot was unrelated to COVID-19.

The plot of I Am Legend details the shocking aftermath of a failed attempt to genetically re-engineer measles to cure cancer. In the movie,  99 per cent of the planet’s population has died and those who aren’t killed have into vampire-like creatures.

But conspiracy theorists have co-opted the film and wrongly asserted that the plot was based on people becoming vampires after receiving a vaccine.

And although the film is a work of fiction, enough people have shared the nonsensical theories for the film’s co-writer, Akiva Goldsman, to tweet in response.

His tweet came after the New York Times reported that an employee of an eyewear store in the Bronx said she would rather lose her job than get the jab, “because she thought a vaccine had caused the characters in the film I Am Legend to turn into zombies”.

Unfortunately, the woman is far from the only person to hold these views.

Tens of thousands of people have shared and and commented on baseless posts about the movie.

And the rumours based on the film were spreading so quickly in December that Reuters had to publish a fact check to refute them.

Misinformation on social media is nothing new, but you may be surprised to learn that many of the strange claims online could be connected to a family member of JFK’s.

The figure came from a report published in March by the not-for-profit Centre for Countering Digital Hate.

Kennedy Jr, a lawyer and environmentalist, regularly posts on social media about the vaccine and has linked COVID-19 jabs to 5G phone technology and untimely deaths, including baseball legend Hank Aaron.

A number of anti-vaxxers in the UK have declared themselves vegan on social media in a bid to avoid any potential compulsory vaccinations.

It followed a Twitter thread from British newspaper The Telegraph that said vegans would be exempt from compulsory COVID-19 vaccines in the workplace after a tribunal ruled last year that ethical veganism was a protected belief.

Although the vaccines used in the UK contain no ingredients derived from animals, the use of animal testing in the development stage could provide vegans a legal way of refusing the jab, according to legal professionals quoted by The Telegraph.

As a result, anti-vaxxers are stating on social media that they are vegan to avoid vaccination should certain workplaces make them compulsory.

The US military exported COVID to China

The first wave of conspiracy theories linked to the outbreak claimed that the virus was created as a biological weapon by China, or that the pathogen escaped from a Chinese lab.

But China’s response to the anti-China theories gave birth to a more convoluted conspiracy, turning the blame back onto the United States.

Chinese Foreign Ministry spokesman Zhao Lijian instigated the return of attacks in March, tweeting a reply to a video by the US Centres for Disease Control and Prevention.

“When did patient zero begin in US? How many people are infected? What are the names of the hospitals? It might be US army who brought the epidemic to Wuhan. Be transparent! Make public your data! US owe us an explanation!” he tweeted.

China has doubled down on the outlandish conspiracy theory in recent weeks, mobilising its diplomats and propaganda apparatus to call for an investigation into the World Health Organisation and the US Army Medical Research Institute of Infectious Diseases at Fort Detrick, Maryland, according to CNN.

It comes after the WHO said in its initial report on the origins of COVID-19 in March that a laboratory leak was the least likely cause.