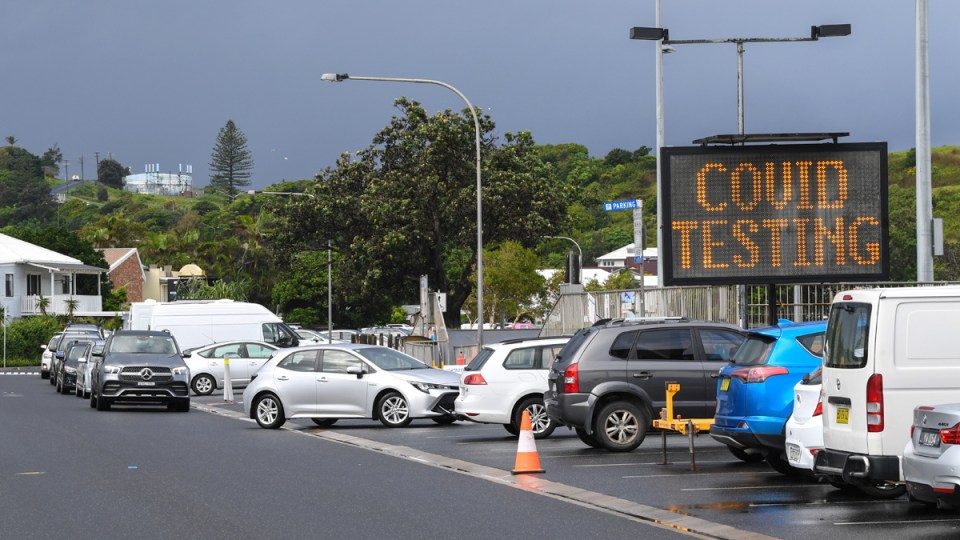 Testing has been stepped up in Byron Bay since the man's case emerged.

NSW Police have charged a COVID-positive man who left locked-down Sydney to travel to Byron Bay, sparking fears of an outbreak in the northern rivers region.

The local government areas of Byron Bay, Richmond Valley, Lismore and Ballina were sent into a snap shutdown earlier this week after the man’s case emerged.

He reportedly spent several days on the NSW north coast with his two children, who have also since tested positive to the virus. Allegedly, none complied with QR check-ins and other measures while in the area, making contact tracing difficult for authorities.

“I’ve heard he didn’t believe in the virus. From what I understand, he is not cooperating,” Byron Bay Mayor Michael Lyon said on Tuesday.

The 52-year-old man, who has since been admitted to Lismore Hospital, has been named by the ABC as Zoran Radovanovic.

Police allege he left Rose Bay to travel to the holiday region without a reasonable excuse and in defiance of public health orders banning travel from greater Sydney while it is in lockdown.

On Wednesday, they said he would be served with a notice to attend court, along with strict bail conditions while he remained in Hospital. He will appear in Lismore Local Court on September 13.

In other developments, late on Wednesday afternoon, NSW authorities confirmed Bathurst Correctional Centre had been put into a provisional lockdown after an inmate tested positive.

“The CSNSW COVID command post is working with staff to identify anyone who has had contact with the inmate,” a spokeswoman for NSW Corrective Services said.

“A number of inmates have been placed into isolation as a result.”

She would not comment on reports the inmate had been in the local community earlier this week.

Wednesday’s developments came as NSW reported another 344 new local cases of COVID-19 and sent the central western region of Dubbo joined much of the rest of the state in lockdown.

It was the second-worst day of the latest coronavirus outbreak in NSW yet, with at least 101 of the latest cases circulating in the community for all or part of their infectious period.

The death toll in the outbreak has risen to 34, with two more fatalities. They were a man in his 30s from northern Sydney who had underlying health conditions and a man in his 90s.

However, Premier Gladys Berejiklian said some people in NSW might be allowed more freedoms if six million vaccinations were administered by the end of August.

“If achieved, there will be opportunities for us in parts of the communities were cases are low and vaccination rates are high for them to do more than they do today,” she said.

“That is what we are working towards and something that our government is very keen to make possible.”

Meanwhile, the Dubbo local government area in the state’s central west joined other regional areas in a seven-day lockdown from 1pm on Wednesday after two positive cases in the region.

The Department of Education was advised by NSW Health late on Tuesday of a case at Dubbo West Public School.

The school has been closed, while staff and students are being asked to isolate and get tested if they have symptoms. The positive case has also been linked to Macquarie Anglican Grammar School and nine close contacts have been identified and are in isolation.

More than six million people in Sydney and surrounds are now in lockdown until at least August 28, with the Hunter, Byron Bay, Armidale and Tamworth areas also enduring lockdowns.

But but it’s unlikely the Hunter region will come out of lockdown on Thursday after 14 new cases reported on Wednesday.

Fennel Bay Public School at Lake Macquarie, near Newcastle was also closed on Wednesday after a student tested positive to COVID and Ryde Secondary College in Syney’s west was closed after a member of the school community tested positive.

All staff and students are asked to self-isolate until they receive further advice.

There are 374 coronavirus patients in hospital, 62 of them in intensive care and 29 are ventilated.

Chief health officer Kerry Chant said none of the people in intensive care had received two doses of the vaccine.

“You can see that the vaccine works,” Dr Chant said.

Meanwhile, construction workers can now leave high-risk coronavirus residential areas to work if they have been fully vaccinated. Unoccupied construction sites can open at 50 per cent capacity.