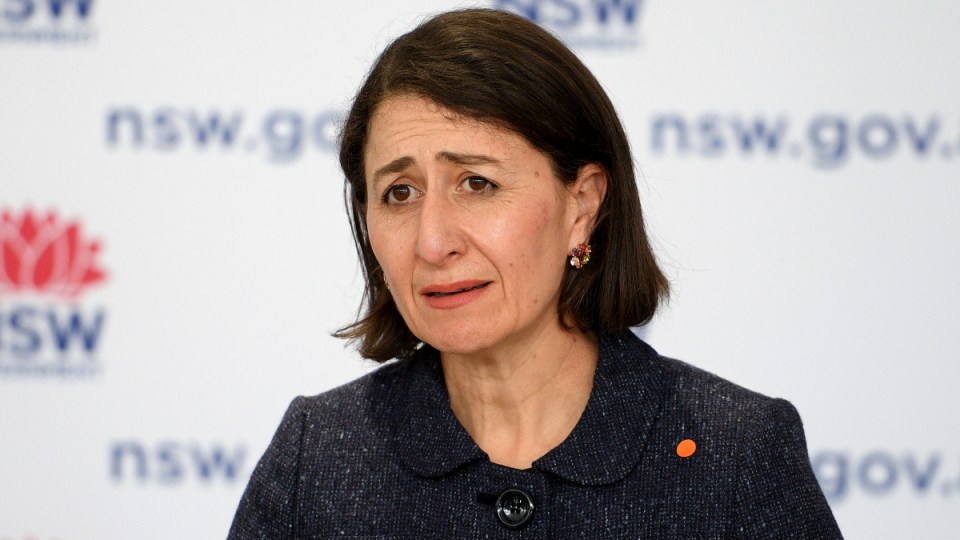 NSW has reported 344 new local cases of COVID-19 and two further virus-related deaths, including a man in his 30s with underlying health conditions.

At her Wednesday briefing, Premier Gladys Berejiklian also confirmed earlier reports that lockdown restrictions would be extended to the Dubbo region from 1pm on Wednesday following confirmation of two cases in that region.

The news comes after NSW posted its highest number of daily cases since the beginning of the pandemic on Tuesday and extended lockdown rules to Byron Shire.

Ms Berejiklian extended her “heartfelt condolences and sympathies to family and friends”.

“We want to stress that the man in his 30s did have other conditions as well,” she said.

“Notwithstanding [that], he obviously succumbed to COVID.”

After Health Minister Brad Hazzard on Tuesday bemoaned a lack of compliance with public health orders in some of the high-risk LGAs, Ms Berejiklian said cases were starting to fall in Fairfield and Canterbury-Bankstown.

She said infections were still high in Canterbury-Bankstown but the trend was heading in the right direction after the state government’s “intensified efforts” in that area.

“However, local adjoining government areas, or suburbs of Bayside, Burwood, and the Inner West, are seeing an increase in cases,” Ms Berejiklian said.

“They aren’t at high levels yet, but we do not want them to get higher.”

The Premier urged people living in those areas to come forward for testing to prevent their LGAs being classified as high-risk and subject to tougher restrictions.

“We don’t want to include you in those local governments of concern but we may have to do [that] if case numbers don’t at least stabilise or start going down,” she said.

“We are at a stage now whether those decisions will be provided by health experts over the next few days if we do not see a decline in those areas, especially those parts who are close to those other areas of concern.”

The news was more positive for people in Armidale and Tamworth, which had no additional cases on Wednesday.

But the Hunter region had 14 new cases after plunging into a seven-day lockdown on Thursday. Eleven are linked to previously reported cases and the source of three cases is under investigation.

Across the state, the bulk of new infections came from the South Western Sydney Local Health District (112 cases), the Western Sydney LHD (110) and the Nepean Blue Mountains LHD (43).

Of Wednesday’s 344 new cases, 115 have been linked to a known case or cluster, while the source of infection for 229 cases is under investigation.

NSW chief health officer Dr Kerry Chant said there were 374 COVID-19 cases in hospital and 62 cases in ICU, 29 of whom require ventilation.

She said the age profile of people in the ICU was again “quite young” but stressed that none of the 62 cases were fully vaccinated and only five had received one dose of the vaccine.

“It is also important to know that 57 people [out of the 62 in ICU] are not vaccinated. Five people have received one dose of the vaccine.

“You can see that the vaccine works.

“We haven’t got anybody in ICU that has received the two doses of the vaccine.”

Meanwhile, Queenslanders have been delivered some “excellent news” on Wednesday, with Cairns to be released from a three-day snap lockdown from 4pm.

The state posted four more local cases of COVID-19. All were linked to the Indooroopilly cluster and in quarantine while infectious.

Queensland Premier Annastacia Palaszczuk said it was “tremendous” news and confirmed rules would ease for Cairns and the neighbouring Aboriginal community of Yarrabah.

The far north will have the same rules as 11 local government areas in south-east Queensland.

That includes mandatory masks and QR check-ins, limits on visitors to the home and one person per four square metres in venues.