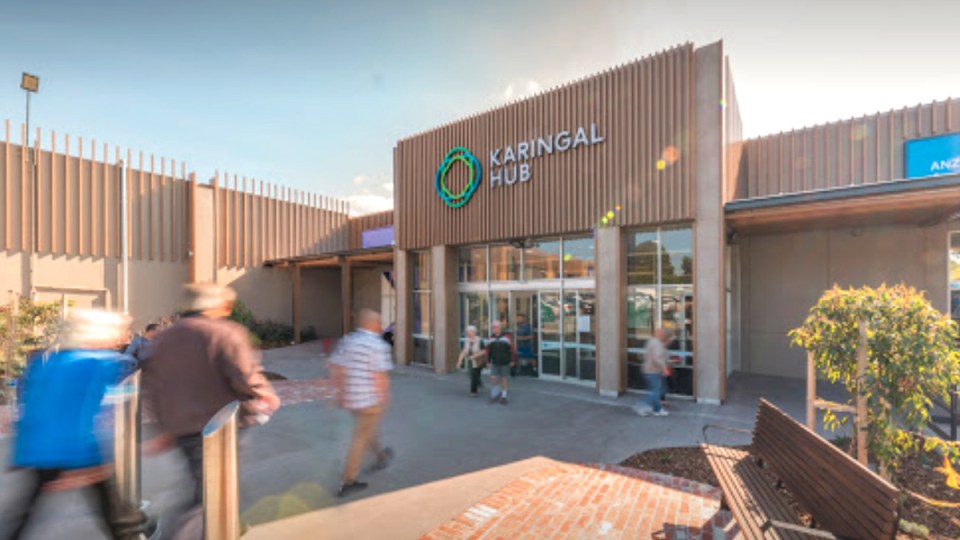 The busy Karingal Hub shopping centre is a COVID exposure site after the mystery positive test.

New exposure sites have been added in Melbourne after a worker at a virus testing site was confirmed with COVID on Wednesday.

Victorian authorities are racing to find the source of the mystery infection, which came on the state’s first day out of lockdown.

The man, who wore a mask during his shifts, developed symptoms on Monday and was tested on Tuesday. His positive result came back hours after Victoria had confirmed just eight new local cases, all linked to its previous outbreaks.

It is not yet known if the man was vaccinated.

Anyone who has visited a tier two site in Victoria is required to get tested for the virus and isolate until they get a negative result. An updated list of the state’s exposure sites can be found here.

Earlier, Mr Foley said the Moonee Ponds testing site, in Melbourne’s north-west, had been closed and dozens of staff who worked the same shifts were sent home to isolate as a precaution.

“We do believe there will be minimal risk to those at the site,” he said.

The traffic controller is not a primary close contact of a previous case and hasn’t been linked to Victoria’s current outbreaks.

“But we are in early minutes, if not hours, of understanding exactly what’s happened, where it might have been acquired at a testing site.

On Wednesday afternoon, contact tracers were interviewing the man to determine his movements, identify close contacts and pathologists were investigating where there had been any positive cases at the testing centre.

Professor Sutton said it was more likely the man caught the virus from an infected person in a car than the other way around, but urged anyone with symptoms to get tested and isolate.

“The risk to individuals coming through in their cars is extremely low,” he said.

“But if you’ve wound down window to speak to a traffic controller at that site that might put you at a slightly greater risk.”

Elsewhere, Professor Sutton said the eight Victorian cases announced earlier were “terrific news” on day one after the state’s fifth lockdown. Although, he reinforced the message that the outbreak was not over.

With their lockdown lifted, Victorians can now travel any distance and leave their homes for any reason. Masks remain compulsory indoors and outdoors.

A ban on home gatherings remains, although people are able to meet outside in groups of 10.

Restaurants and cafes have reopened for seated service, with a maximum cap of 100 per venue and density quotas of one person per four square metres. Smaller venues are limited to 25 people.

Shops, live music venues and gyms can also throw open their doors with strict density limits, while workers can return to offices at 25 per cent capacity and students are back at school.