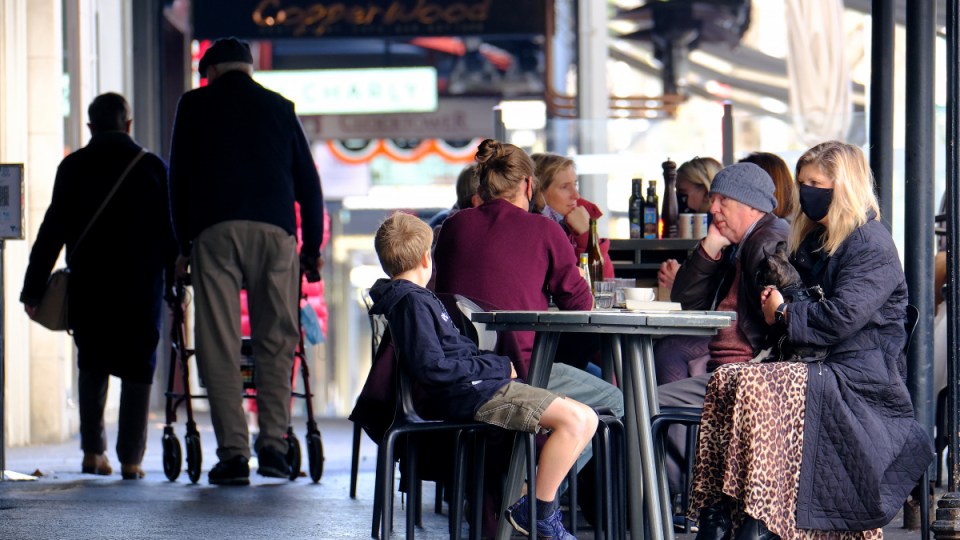 Victorians will enjoy greater freedoms from tomorrow – but plenty of restrictions will remain for a bit longer.

Premier Daniel Andrews delivered “a lot of good news” to locked-down Victorians, announcing an end to the state’s lockdown – but many tough virus rules will remain for some time.

Schools will reopen across Victoria on Wednesday, along with pubs, restaurants, cafes and bars, which will have strict density limits.

The now-familiar “five reasons to leave home” will go from midnight Tuesday, as will the five-kilometre limit that has limited the movement of millions of Victorians for almost a fortnight.

But home visitors remain banned for at least another two weeks due to fears of coronavirus transmission within homes. Crowds at sporting events are also out.

“[On home visits,] I know that’s not the news people want to hear but it is incredibly important that we regard home as what it is – it is, in many respects from a transmission of this virus point of view, the highest risk environment.”

Tuesday’s announcement came after the state posted 10 more local COVID cases. All were linked to existing outbreaks, and had been in quarantine throughout their infectious period.

It is the third day in a row that all of Victoria’s cases have been in isolation while infectious.

The state has 188 active coronavirus cases. They include seven patients in hospital, two of them in intensive care.

Masks will also remain mandatory for Victorians whenever they leave their homes.

“I know it is painful, I know no one enjoys doing it, but it is effective,” Mr Andrews said.

“That is what we have to focus on – things that work against this virus and particularly against this Delta strain.”

Offices can return to 25 per cent capacity, although people are still encouraged to work from home if possible. Public gatherings will be limited to 10 people, with gatherings at funerals and weddings capped at 50.

“There will be no crowd at the footy, no crowd at large events, theatres, all those sorts of gatherings for at least two weeks,” he said.

“There is significant good news in here and … and significant freedom, but we also have to be cautious, this has not gone away.”

Victoria’s fifth lockdown began on July 15, after it emerged that a NSW removalist crew visited the state while infectious.

On Tuesday, Victorian COVID commander Jeroen Weimar said one of those workers had been fined $200 for failing to wear a mask when required. But there would be no further action taken against any of the three.

The lockdown was initially slated to run five days but was extended by a week to 11.59pm on Tuesday, as contact tracers struggled to chase down people before they turned positive.

Victoria is also shaking up its border arrangements, particularly with NSW. The NSW local government areas of Wagga Wagga, Hay, Lockhart and Murrumbidgee will cut from the border bubble at midnight Tuesday, meaning anyone from there who wants to come to Victoria will need a permit.

“We’re only granting permits for those who are approved workers, and even only then when it is absolutely necessary,” Mr Andrews said.

“I take no pleasure in having to essentially lock out those four communities from Victoria, but there’s a refusal to lock people in Sydney into Sydney, so I have no choice.”

He foreshadowed more changes to border rules for NSW, as that state confirmed a record 172 new cases of COVID-19 in the community on Tuesday.

“We have to do everything we can to keep this virus out of our state and it’s obviously regrettable that we’ve had to do that all the way down at the Murray but we’ll do what we can,” he said.

“I can’t control the settings in capital cities other than our own but these are the rules and these are the changes that we’ve made.”

Mr Andrews has kept up the pressure on NSW to tighten their lockdown restrictions, pushing for a ring of steel to be placed around Greater Sydney.

“A ring of steel will work. It will, and that’s why I called for it. The NSW government have a different view,” he said.

He emphatically denied that he was “gloating” over the situation in NSW, and reiterated that Victoria’s coronavirus fight in 2020 provided a model for their neighbouring state.

“I don’t reckon any Victorian needs convincing that everything we did is worth trying in Sydney right now,” he said.

“I want them across this.”