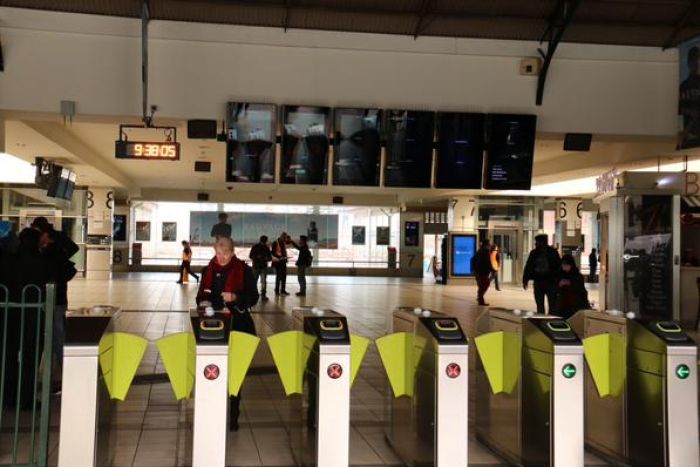 Nine new COVID exposure sites were added across Melbourne on Tuesday afternoon – even as millions of Victorians prepared to emerge from their fifth lockdown.

The venues – all tier two exposure sites dating back almost a fortnight – came just hours after Premier Daniel Andrews declared there would be “significant freedom” for Victorians from midnight Tuesday.

Schools will reopen across Victoria on Wednesday, along with pubs, restaurants, cafes and bars, which will have strict density limits.

The now-familiar “five reasons to leave home” will go from midnight Tuesday, as will the five-kilometre limit that has limited the movement of millions of Victorians for almost a fortnight.

But crowds will be banned at theatres and sports events, and visitors to private homes are off limits, for at least another fortnight. Masks will also remain mandatory for Victorians leaving home.

“There is significant good news in here and … and significant freedom, but we also have to be cautious, this has not gone away,” Mr Andrews said.

Victoria had 10 more local coronavirus cases on Tuesday, all linked to existing outbreaks and in quarantine throughout their infectious period. In all, 190 infections have been linked to the outbreak of the Delta strain of the virus.

Two on Tuesday were rugby union fans from the Test match at AAMI Park where there has been significant spread of the virus. They tested positive on day 13 of their COVID quarantine – and it is likely the latest exposure sites are linked to them.

In an official statement later on Tuesday, Victorian health officials said they considered it unlikely that the latest cases were infectious on July 15, but the sites had been named out of an abundance of caution.

They are the first local exposure sites added in Victoria since late Saturday night.

Victorian authorities are still concerned about the spread of the virus, even among the thousands who have been in quarantine for nearly a fortnight.

That reached a high of more than 20,000 in recent days, but 7000 people have since been released. Some, however, are testing positive on day 13 tests, prompting a warning from the Premier.

“Please do not make your own judgment that your quarantine has ended. That is a judgment that must be made formally and must be made on the basis of a negative test – and we have had people who have tested negative early on and then tested positive in their day 13 test,” he said.

“Overnight we’ve had a couple of those cases so it’s very important that that formal clearance process is gone through.”

Mr Andrews said ending the state’s 12-day lockdown did not mean the threat of the virus was gone.

“We’ve got to be vigilant against this virus, the Delta strain, in the days and weeks and months ahead until we get as many people vaccinated as we possibly can.”

“We’re on the cusp of containing our second Delta outbreak … but we can’t call it mission accomplished yet,” he said.

He said homes were the riskiest setting for spreading the virus, as evidenced by the worsening outbreak in NSW.

“It’s where 80 per cent of transmission is happening in Sydney right now,” he said.

The restrictions will remain in place until August 10.

Meanwhile, with NSW posting 172 new local cases, a daily high during its six-week outbreak, Victoria has thrown four local government areas out of the border bubble.

Residents of Wagga Wagga, Hay and Lockhart and Murrumbidgee councils won’t be able to freely cross into Victoria from Wednesday and must apply for a special exemption unless granted a specified worker permit.

Mr Andrews said he didn’t enjoy locking out the communities but had “no choice” after NSW rejected his proposal to set up a “ring of steel” around Sydney.

Elsewhere, South Australia will also emerge from lockdown at midnight on Tuesday, after no new infections were reported.

Premier Steven Marshall said the result was a “huge relief”.

SA will keep a range of heightened restrictions including a general density requirement of one person to every four square metres.

Masks must be worn in high-risk settings, such as aged care centres and personal care services, in medical services, on public transport and in all indoor public places, including supermarkets.

The wider use of masks is strongly encouraged, including in workplaces.