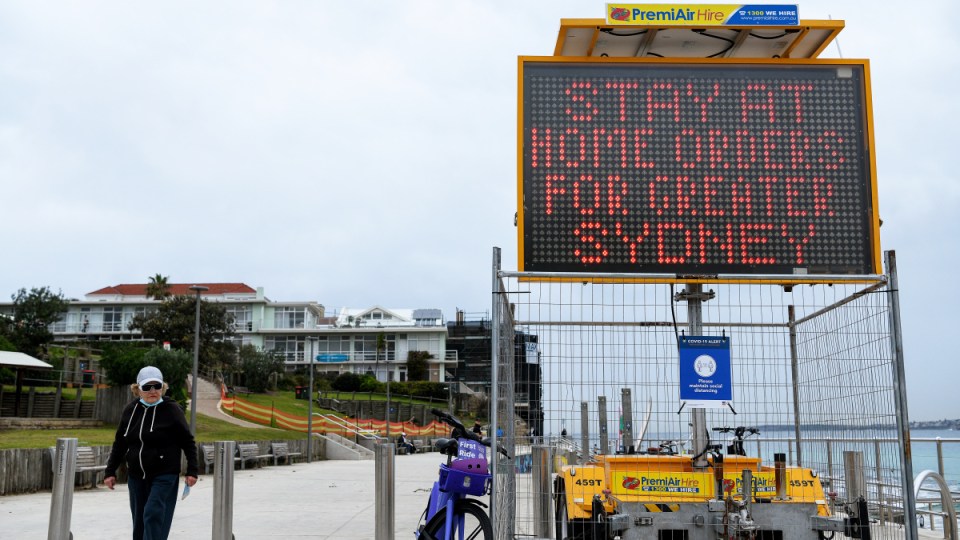 Gladys Berejiklian says "nothing has been decided" for the Sydney lockdown beyond July 31.

The NSW crisis cabinet will meet to map out a strategy to deal with the evolving COVID-19 crisis after a week in which daily infections soared and an illegal violent street protest drew thousands of unmasked people defying lockdown rules to central Sydney.

The lockdown for greater Sydney and four surrounding regions, now in its fifth week, is due to end on Friday but with the highly infectious Delta strain spiralling, there’s no reprieve in sight.

On Monday,The Australian newspaper reported that the state government had sought financial modelling for a shutdown runs until mid-September.

But Premier Gladys Berejiklian said nothing had been decided.

“I wouldn’t come to any conclusions like that,” she told Sydney radio 2GB on Monday.

“I don’t know where that story came from. It certainly wasn’t from me or anybody that’s in the know because we’re still working all that out.”

However, she flagged some restrictions would be necessary until the majority of the population was vaccinated.

“If there’s anything that we can ease we absolutely will,” she said.

“It is literally a day by day, week by week issue.”

However, she did confirm there will be a return of “some construction activity on Saturday”.

The fate of three local government areas in regional NSW areas due to exit a lockdown on July 28 is also unclear.

Ms Berejiklian again expressed her distress about the weekend’s anti-lockdown protest, saying it had the potential to be a super-spreader event.

“We won’t know for about a week the extent to which that may have set us back,” in terms of infection numbers, she told Nine Network on Monday.

Meanwhile, Australia’s youngest death from COVID-19 so far, a Brazilian student in her 30s without any pre-existing conditions, will be recorded in Monday’s health statistics.

Eight people have died during the latest outbreak, which erupted in Sydney on June 16.

Frustration over the lockdown boiled over on Saturday when about, by official counts, 3500 people marched through Sydney’s CBD to protest the lockdown. Organisers claim the numbers were up to 10 times higher.

Senior Constable Patrick Condon was riding Tobruk in the centre of the violent protest when the horse was allegedly struck.

He said Tobruk was doing well and had been inundated with gifts of licorice and carrots and good wishes from the public.

“I patrolled out at Manly [on Sunday] and just got overwhelming support and people walking up offering their support,” he told Nine.

A new mass vaccination hub at Macquarie Fields, at the epicentre of the outbreak in Sydney’s south-west, opened on Monday. It has the capacity to deliver 20,000 jabs a week.

The Australian Technical Advisory Group on Immunisation has updated its advice to urge everyone 18 and over in greater Sydney to “consider getting vaccinated with any available vaccine, including COVID-19 vaccine AstraZeneca”.

While Pfizer supplies remain limited, the NSW government says it has a lot of AstraZeneca vaccines.

In NSW, 15.4 per cent of eligible residents are fully vaccinated.

NSW Health is urging also anyone in northern NSW to monitor for symptoms after a positive COVID-19 case travelled on a Virgin flight from Sydney to Ballina and then on to Queensland earlier in mid-July.