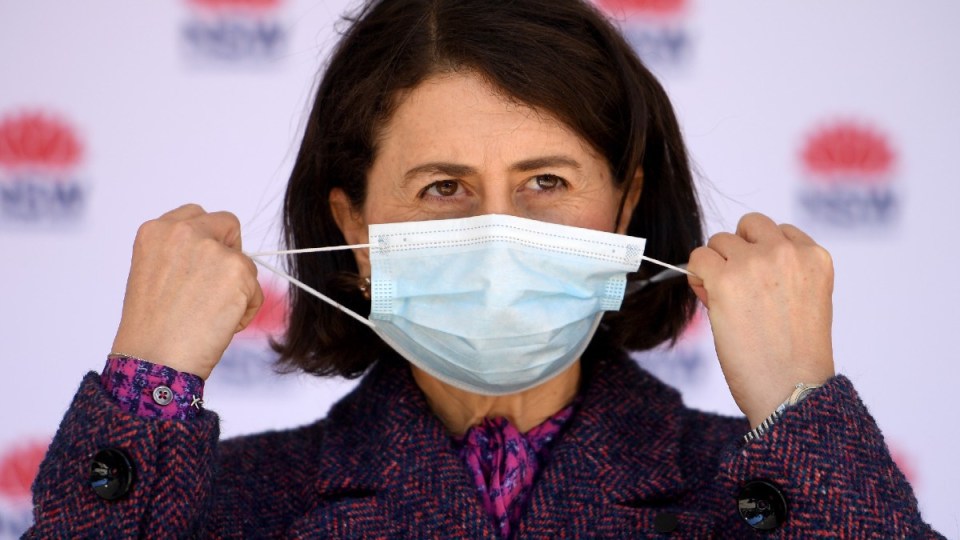 New South Wales has reported another 141 new cases of COVID-19 and two virus-related deaths over the 24 hours to 8pm on Saturday.

One of the dead is a 38-year-old woman with no underlying health conditions.

Premier Gladys Berejkilian delivered the news during a Sunday morning press conference in which she said Saturday’s lockdown protests had left her “heartbroken”.

“You should be ashamed of yourself,” Ms Berejiklian said in a comment aimed at those who attended the mostly mask-free gatherings.

“It broke my heart. Millions and millions of people across our state are doing the right thing, and it just broke my heart that people had such a disregard for their fellow citizens.

“Each of those people who protested illegally, I’m sure have loved ones.

“They are going to go home and risk passing that virus onto the most closest people to them.” 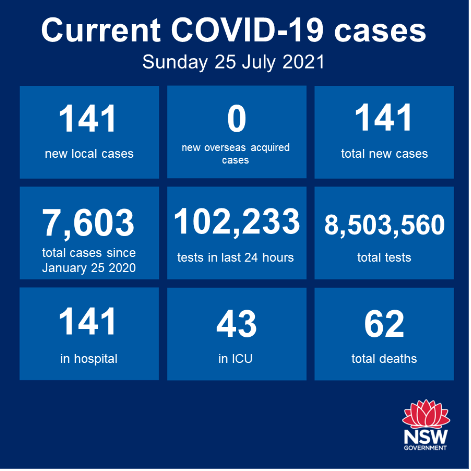 NSW Police Deputy Commissioner Gary Worboys said the state’s police force had handed out 510 COVID fines yesterday with the vast majority given to those who joined the protest.

“So this is affecting people of all ages with very serious disease,” he said.

Of the 141 new locally acquired cases, 87 were linked to a known case or cluster, with NSW Health reporting 71 as household contacts and 16 as close contacts.

Thirty-eight cases were infectious in the community and the isolation status of 14 cases remains under investigation.

The 141 new locally acquired cases reported on Sunday morning take the overall number of cases in the latest NSW outbreak to 2081.

Of those, 43 are in intensive care, 18 of whom require ventilation. Of those hospitalised 60 people are under the age of 55 and 28 under 35.

Youth is no protection

Forty-one people remain in intensive care and 141 people infected with COVID-19 have been admitted to hospital.

Despite the stubbornly high case numbers, Ms Berejiklian said she had confidence in the people of NSW “to do the right thing”.

“I have absolute confidence that in the coming weeks, all of us will see the fruits of the sacrifices that we’ve put forward, but also the opportunities we have to lead the way in living a life alongside COVID, which is much freer and much safer than what we’ve lived in the past,” she said.