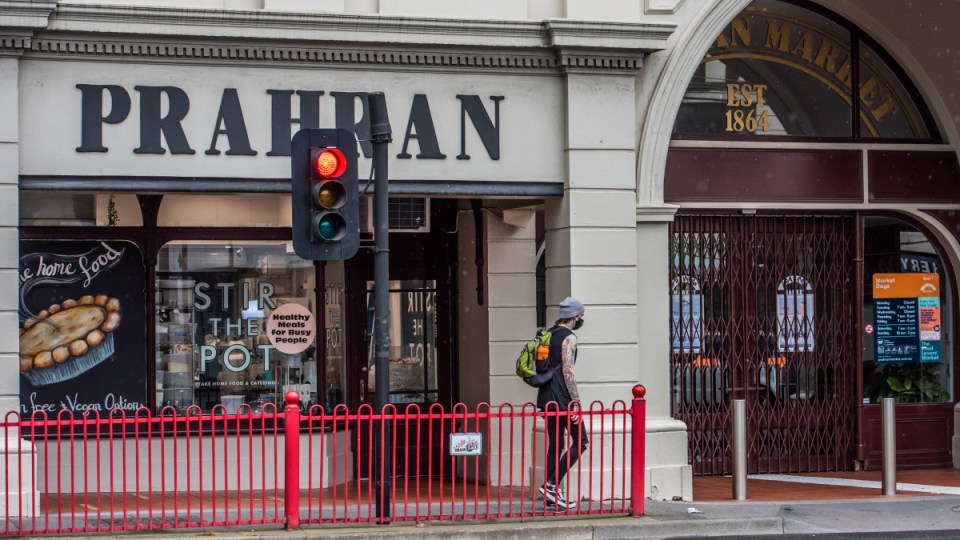 The busy Prahran Market has been added to Victoria's exposure sites, which are nearing 400. Photo: Getty

Victoria has posted 26 new local cases of coronavirus a week into its statewide lockdown.

The health department has confirmed Thursday’s infections are all linked to the current outbreak, which originated in NSW and now totals 133 cases.

It is the state’s highest daily total of the current outbreak and follows 22 infections on Wednesday.

But state Health Minister Martin Foley said lockdown measures “are starting to work”, with all but two of Thursday’s cases in isolation throughout their infectious period.

There were limited exposure sites from those cases because both spent little time in the community.

There are now more than 19,000 primary close contacts in quarantine across the state.

“As today’s numbers show, there may well still be further cases out there in the community,” Mr Foley said.

“We have to work on that basis until we run down every single case.”

One case is related to the “super-spreader event” at AAMI Park last week.

He also visited the busy Prahran Market, in Melbourne’s inner-south-east, on July 17. It has been shut for deep cleaning.

Earlier, market management said state health authorities had declared the entire building a tier-one exposure site, meaning anyone who visited during the time period must get tested and quarantine for 14 days.

“Due to the broad geographic spread of the traders, DHHS has taken the step of classifying the whole of Prahran Market as a tier one exposure site,” they wrote on Facebook.

“All staff working within the market during the exposure period will be immediately tested and quarantine for 14 days from the exposure date.

“We will also work closely with them to conduct a deep clean of both their stalls and the market as a whole.”

On Wednesday, Victoria’s chief health officer Brett Sutton has said he thought the state would already be dealing with 200 to 300 cases if it had not entered lockdown last Thursday night, citing the highly infectious nature of the Delta variant.

“It is a variant that takes off from dozens to thousands of cases within just a matter of weeks,” he said.

“If we’d locked down today, instead of when we did, we would get thousands of cases in the next couple of weeks. We’d be in a world of hurt.”

He also warned the number of people in intensive care could grow, given the severity of the delta variant.

As of Wednesday, there were five people in hospital with COVID-19, including a man from Barwon Heads in intensive care.

Some 43,674 tests were processed in the 24 hours to Thursday morning, while 14,230 Victorians received a vaccine dose at a state-run hub.