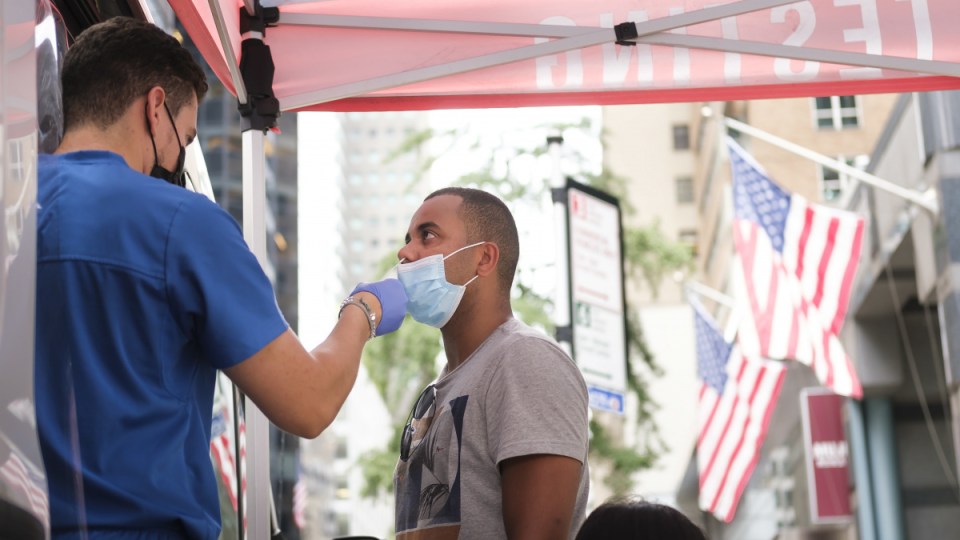 COVID-19 cases have nearly tripled in the US over two weeks amid an onslaught of vaccine misinformation that is straining hospitals, exhausting doctors and pushing clergy into the fray.

The seven-day rolling average for daily new cases rose in the past fortnight to more than 37,000 on Tuesday, up from less than 13,700 on July 6, according to data from Johns Hopkins University.

Health officials blame the Delta variant and slowing vaccination rates. Just 56.2 per cent of Americans have been given at least one dose of the vaccine, according to the Centres for Disease Control and Prevention.

In New York City, workers in city-run hospitals and health clinics will be required to get vaccinated or get tested weekly as officials battle a rise in COVID-19 cases, Mayor Bill de Blasio said on Wednesday (local time).

The number of vaccine doses being given out daily in the city has dropped to less than 18,000, down from a peak of more than 100,000 in early April.

About 65 per cent of all adults are fully vaccinated, compared with about 60 per cent of public hospital system staffers, said system leader Dr. Mitchell Katz.

Meanwhile, caseloads have been rising in the city for weeks, and health officials say the variant makes up about seven in 10 cases they sequence.