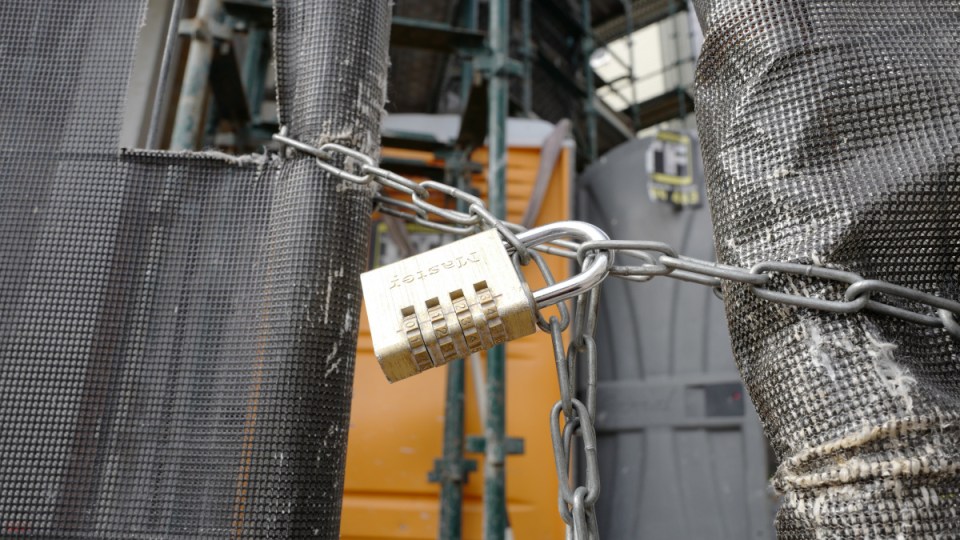 Construction sites have been locked across Sydney to help halt the spread of the coronavirus. Photo: Getty

NSW Premier Gladys Berejiklian has refused to lift a ban on construction early after the state posted 110 new COVID-19 cases.

“It would have been irresponsible for us not to have taken that pause,” she said on Wednesday.

On Tuesday, the Premier gave her “assurance” the two-week ban across greater Sydney would “definitely” be lifted on July 31, but on Wednesday she was less definitive.

“We’ll be able to do that as soon as we have a sense in the next week of what the impact … the harsh restrictions have had on the community,” she said.

It came as NSW’s local cases spiked back up to 110 on Wednesday, including up to 73 who spent at least some time in the community while infectious.

That crucial figure – which authorities have repeatedly said must be as close to zero as possible before the lockdown can lift – hit a new peak for the current outbreak on Wednesday.

State authorities also flagged new areas of concern as the virus keeps spreading. NSW Health’s Dr Jeremy McAnulty said while the recent focus had been on south-east Sydney, and then the south west, they were “now seeing cases in western Sydney increase”.

“There were a number of areas of concern,” he said.

“We’re concerned about the following areas where people should be particularly vigilant and don’t hesitate to come forward for testing at the slightest symptom.”

Ms Berejiklian said the new cases were likely a “spillover” from the worst-hit areas of Fairfield, Liverpool and Canterbury-Bankstown.

Increasing concern about Canterbury-Bankstown has prompted a widening of the mandate for surveillance testing.

From Friday, residents in that area who work in aged and health care and who leave their region for work, will have to be tested for the virus every three days. The ruling will also apply to cooks, cleaners and security guards.

COVID testing in NSW has surged with the surveillance testing of thousands of workers in recent days. Wednesday’s results came from more than 83,000 tests across the state.

Ms Berejiklian said the spike of new cases into triple digits, after a recent low of 78 on Tuesday, reflected that boost.

“We need to wait until at least the weekend and early next week to see the impact of those harsher restrictions,” she said.

“The alternative of not taking action when we did would have seen today’s numbers double, triple, four times what it is.”

About 250,000 tradies have been forced to down tools this week as part of the continued crackdown across greater Sydney. But building industry, unions, the Housing Industry Association and Business NSW have repeatedly called on the government to end the industry shutdown a week early “in a safe but reduced way”.

“It will give those businesses without a proper COVID-safe plan time to develop one, and give an opportunity for businesses to order and receive materials in time for a recommencement of trade,” NSW CEO Daniel Hunter said.

Since the greater Sydney outbreak began on June 16, there have been 1528 cases and five people have died.

NSW has 106 COVID patients in hospital. There are 23 are in intensive care, including 11 on ventilators.

People in the central-west local government areas of Orange, Blayney and Cabonne began a seven-day lockdown on Monday after the virus spread to their region.

Residents of greater Sydney and its surrounds are in their fourth week of lockdown restrictions. They are due to lift at the end of July, but Ms Berejiklian won’t yet commit to that.

“We need to really assess the health advice and data we get for the next few days,” she said.

“Once that data comes through, once the number of cases and how they’re transmitting comes through over the weekend and early next week, we’ll have a better sense of what July 30 looks like.”